Apparently he is setting a date by which she needs to “get it together” or he’s walking.

“What does that mean, get it together?”

“You want her to do your laundry?”

“So, you’re doing her laundry?”

“I have done her laundry a few times as a favor, but not regularly.”

Everything started to get flashy for me. Where have I seen this kind of rigid helpfulness before?  This type of imposition of a higher standard of cleanliness? Two different sets of images started to bridge together like a shuffling deck of cards.

Scorpio guy picking up other people’s props for them after class.  TK doing the dishes at other people’s houses, Scorpio guy fake complaining about work and how indispensable he is, TK working shit assignments that no one else would take.  This whole do your laundry business…

…And then I had a full on acid-esque flashback of a broomstick cracking over my knee.

After we got back from China, TK and I moved into a cramped garage apartment in Dallas. The ad said “carriage house.” We called it the Japanese Mansion. Things were tense between us anyway. A year of living with his mother, a year of being witness to the raw juvenile self that he was around his mother,  did irreparable damage to the relationship.

TK would chide me for not sweeping the floor.  I swept the floor occasionally, but he had a higher standard than me.  Two specks of dust? Sweep the Floor! Looking back, he may have suffered from a little OCD. He felt it unfair that he always had to do all the sweeping.

One evening, I came home from work tired but too caffeinated to relax. TK was working on his laptop. I thought “Hey, I’ll burn off some of this nervous energy by sweeping, that should please him.”  I picked up the broom and went to work.

Now, I’ve got a Leo Mars and this whole ignoring me while I’m doing something specifically to please you thing was killing me, so I said “Do you see what I’m doing?”

Without even looking up he mumbled “You’re doing it wrong.”

“You’re just pushing the dirt around.”

That was it. I lifted the broom high above my head and smashed it down on the floor cracking the stick.  I then held it horizontally at my chest and exclaimed “THEN FUCKING DO IT YOUR GODDAMN SELF!” as I brought it crashing down on my raised right knee. I tossed the pieces on the floor and stood there be-jazz-handed just to make sure he hadn’t missed the part about it being a scene.

I flashed back in. Now I’m sitting at the table with my ire bubbling… I realize that Scorpio guy and TK had something in common: Virgo Mars conjunct Pluto.

So I start spitting “I went out with a guy like you, who was older than me, who had Virgo Mars conjunct Pluto too! And you know what I told him?” I then repeated the above all caps exclamation.

Scorpio Guy and Cheree (my yoga teacher) were all headlights. WTF was that?!

“Sorry, I’m not saying that’s what you’re doing, I just had a flashback, sharing my own experience.”

“That’s good that you got that out.” Cheree patted my arm. She’s a Cancer.

Know anyone with Mars conjunct Pluto in Virgo? Are they pathologically helpful but with severe notes throughout?

Has anyone ever made you have a bad boyfriend flashback?

If you would like to talk to Nota about your bad boyfriend, or anything really, click here. 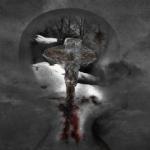