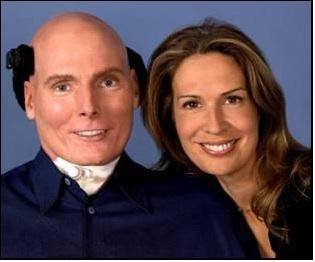 The Crisis, Reality, Love post was meant to introduce a series of posts on this freakishly interesting theme that is about to become relevant for everyone when Saturn hit Libra in hard aspect to Pluto. I have a lot of ideas to cover and if I want to manage I am going to have to forgo trying to write for babies!

By that I mean you are just going to have to be smart enough to know I am not judging people here but reporting on sensitive subjects so we can turn this stuff up.  Also, I want people to be able to make remarks that might draw fire or judgment on other forums because they represent thing (thoughts or feelings) that could be considered “taboo”.

Now I was in a relationship once and the guy just could not understand, Christopher Reeve’s wife.  “What is she doing for dick?” he asked. “Why doesn’t she leave him?”

He acknowledged that clearly there was a reason, this… ah, this love thing, however he did not have it. He just did not have the quality of love that would have him stay in a relationship with someone who had suffered a crippling accident, nor would he expect anyone to stay with him.  Disfigurement? Same thing.

Now I was felt otherwise and said so. I had no problem understanding, Dana Reeve and we had several very deep conversations about this.  if he sounds simple-minded or coarse, he was neither. He just simply would not continue a relationship with a one-legged woman, there was a limit to his love or his ability to transcend or whatever you want to call it and I quite respected his willingness to say so.

Now I am with the soldier and he is like me. He will never leave me.  If I lose all my hair and arms and legs and act bitchy, he will still be here and not only that, he will still love me.  If I gain 500 pounds and have to be buried in a piano box… he is going to be my husband and I feel the same way about him.

It happens we both have Venus mashed with Neptune so we can transcend anything.  Our love goes on and on and on and on and you can see how this ties to the other post and it leaves a lot of questions. For example do you think one type person belongs with the other?

The other day I was talking to satori and she said she did not think it was “real” unless both people were equally committed and that made a lot of sense.  Here are some questions…

Does your love have limits?
What are they?
How do you feel about unequal devotion?