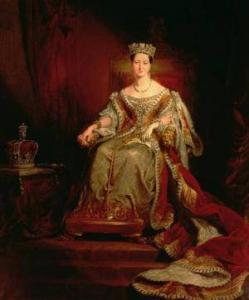 As Mars moves out of Capricorn and into Aquarius, it’s a good time to reflect on what Mars energy really is. For instance, why is Mars exalted in Capricorn but not in Aquarius? Both are Saturn-ruled signs, after all. Wouldn’t Mars in Aquarius have all the steady gains of Capricorn, but a little bolder?

Well, not quite. Aquarius’s Saturn influence is less about slow achievement than it is about reform. Aquarius goes about creating new structures with new problems and novel solutions. While Mars, like most other planets, can be put to work here, it’s not his favorite place. And like usual, there’s no better place to look for explanation than in myth.

The feast was going perfectly. All the gods were singing, laughing, and filling themselves with nectar to their heart’s content. This was Hera’s moment, she knew. With all the divinity of the universe watching, she would ascend and take her place as Queen of Heaven. And the crown jewel of the feast was her brand new, sparkling golden throne, gifted by an anonymous admirer. At the same time, she would have Aphrodite, goddess of beauty and in Hera’s mind, hussy extraordinaire, married off to favorite son, Ares, god of war. This was the day of her triumph. She’d be queen, and that homewrecker would be safely bound and prevented from turning Zeus’s eye.

As she climbed the glittering marble stairs to her throne, she could feel the wheels of fate turning. Finally the world would be ordered as she saw fit. Finally all the strife would be worth it. Nothing was going to go wrong this time. She lowered herself onto her throne, smiling in satisfaction. But suddenly the room echoed with feral, outraged howl. As all the gods turned to look, they saw Hera, bound in place on her throne. She struggled mightily against the ties that held her wrists and ankles to the throne. She screamed and wailed. She cursed and threw her weight around like a toddler. All to no avail. She them shrieked for her husband, king of the gods, to get her free. Zeus, never one to get his hands dirty, turned to the other gods and proclaimed that whoever was able to free Hera from the throne would have Aphrodite’s hand in marriage. Hera, Ares, and Aphrodite all shouted in protest. But Zeus reminded them that Ares was the strongest of the gods, and assured them that he was sure to win anyway. So Ares, always game, stepped up to the throne. 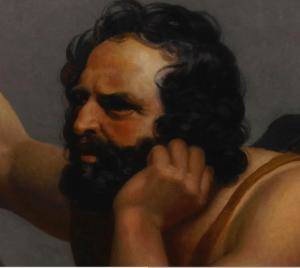 He jerked at the ties with all his might, but they only grew tighter. He questioned Hera about who gave her the throne, hoping to find a motive and solve the problem that way. But of course, Hera has no idea who has gifted her this horrible, glistening trap. Ares then went about slowly pulling at each tie, seeing if he could make steady progress. But nothing worked. The more he tried, the tighter the bonds became. The rest of the gods looked upon him with scorn, and he knew he was not operating in his element. Ares had failed.

Finally, a new face stepped out of the crowd. This was Hephaestus, Hera’s first son, who had been cast out of Olympus due to a deformed leg. He had survived the fall and become a master smith. His keen intellect and finely-honed skills meant that he could forge anything, anything at all. Even, for example, a deceptively beautiful golden throne.

“Quite a pickle you’re in here. Need any help?” He smiled at his mother as she squirmed in fury. “I hear there might be a reward…?”

Hephaestus stepped to the throne and deftly activated the hidden mechanism. The ties retreated into their housing, and Hera was free. And Aphrodite had a new suitor to contend with. Ares and Aphrodite both were incensed, but Zeus merely shrugged. The rules had changed. There was a new order and Hephaestus was the victor. So much for might.

In the same way, there are many, many things that Mars is good at. Being a hero, getting revenge, and achieving greatness all come to mind. But navigating a new world order isn’t on the top of the list. Mars can absolutely be effective in Aquarius. Mars is a soldier and he will carry out his orders regardless. But if he had to pick, he’d rather be hustling in Capricorn’s house than forming a new government with Aquarius any day.

Do you have Mars in Aquarius? What about Capricorn? Tell us about it!