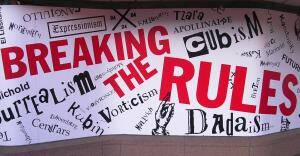 · They’re brilliant. Mercury rules the mind. Having a well-placed Mercury proffers intelligence and thoughtfulness. It gives us the ability to connect the dots and make inferences. And Uranus takes this to a whole new level. With Uranus, we find sudden flashes of genius. There are no simple dots to connect – instead the whole world is connected. Uranus takes Mercury’s role as a student and expands it to a cosmic level. Uranus is the holy fool, the divine madman. Uranus is a brilliance that can’t be contained.

· They connect the world. Mercury rules speech and communication. Mercury is how we make connections with other people, especially one-on-one. But Uranus is how we connect as a species. If Mercury is a book, Uranus is the printing press. If Mercury is a small-time zine, Uranus is the internet. Mercury connects people, but Uranus connects us as a whole people. Uranus strives to connect every citizen of the planet, consequences be damned. Mercury widens the channels of communication, while Uranus blasts them open with a nuke.

Uranus takes everything that Mercury is and makes it bigger, bolder, and weirder. It is through Uranus’s insanity that we find Mercury’s greatest virtues and most tragic flaws. It connects the world whether or not humanity is ready (and looking at the influence the internet has had on the world, there’s an argument to be made that we’re not). It brings inventive genius and terrible, earth-shaking changes. Uranus takes Mercury to the extreme.

What do you think of Uranus’s influence? Is it genius or madness? Where are Mercury and Uranus in your chart?