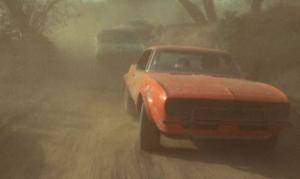 It’s commonly said that people who study psychology get into the field because they’re looking for insight into their own dysfunctional families.  This may be true, but I’m not sure it’s the dominant reason people study astrology.

For one thing, there are many branches of astrology. I’m interested in relationships, sex, psychology and philosophy (houses 7,8 and 9). But some in this field are not interested in these things at all.

I became interested in astrology when I was 8 years old for two reasons I can state for sure. First, I was curious! But even more importantly, I did it to compete. My older sister was going to study astrology. There was no way I was going to have her know something I didn’t! I was going to eat her dust!

I wonder if it makes a difference what motivates a person to study astrology. For example, there are legions of people out there who want to know how to make a Scorpio do X or a Taurus do Y.  If this was a person’s motivation to learn, what kind of astrologer will they be?

If I really dig deep, I’d go as far as to say that I learned astrology to survive. I needed something and astrology filled the void.