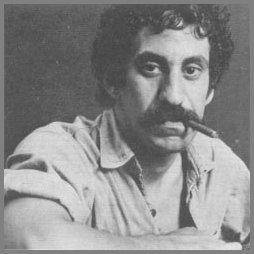 It’s been awhile since we talked about “imprints” as far as a person having an organic attraction to a certain physical type but I like the topic and think it’s important.  Here are some prior posts on the topic that cover various angles.  Saturn in Libra topic because we’re defining tastes.

Last night I told my husband that I just plain wasn’t attracted to my first husband because he was 6’7″. We got along fabulously but he wasn’t my type.

“You’re my type,” I explained “My first crush was on, Jim Croce. He’s small, with a big nose. He had a huge nose, dark hair and look what he sang about. Love songs AND Bad, Bad, Leroy Brown. He definitely loved love and women but he also sang about beating people up in certain circumstances. He was gonna fight…”

My husband, who was also a Jim Croce fan sang from “You Don’t Mess Around With Jim”

“Yeah. So he sings that along with all these pining love songs and I was in heaven. This was it for me! I used to walk around the desert, I had a cassette deck and a Jim Croce tape and I would walk around all day with the thing held to my ear, barefoot and swooning in love. He was my total prototype and then I meet you and what do you think is going to happen? I just about went insane!”

This morning I woke up and was scanning through the Jim Croce songs and it’s just uncanny. I called my husband to ask if he remembered “Working At The Car Wash Blues”. “He says, he’s a genius. Who does that sound like?” I asked. “He’s an undiscovered Howard Hughes,” I said with a snort.

“…Well, I had just got out from the county prison
Doin’ ninety days for non-support
Tried to find me an executive position
But no matter how smooth I talked
They wouldn’t listen to the fact that I was a genius
The man say, “We got all that we can use.”
Now I got them steadily depressin’, low down mind messin’
Working at the car wash blues…”

“And what about, I Have A Name? The first thing you did when I met you was display your pride in your name.”

“And I carry it with me, like my daddy did,” my husband sang. I laughed.

“New York In Not His Home and he’s Walkin’ Back To Georgia. You hate New York and you’re from Georgia! He sings about fast cars too, of course.”

Jim Croce was killed in a plane crash just as he was becoming famous. He was Capricorn with Jupiter exalted in Cancer, opposing his Sun and ruling his Moon in Pisces. Venus is conjunct Mercury in Aquarius…part of a grand trine with Saturn, Uranus and Neptune. Brilliant man. There’s been no one like him since.

Assuming you have an imprint, do you have any insight into how you acquired it?