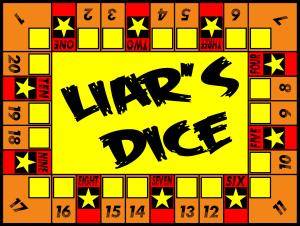 Liar, Liar, Pants On Fire! People ask a lot about “which signs lie the most” or how you can tell in a chart if someone is a liar.

First off, I have to say that I think there are different kinds of lies. Some don’t matter at all, in the grand scheme of things, like when someone asks you to do something with them on Saturday and you’d rather die than hang with them, so you tell them you’re going to your nephew’s birthday party. I consider that a harmless lie, and forewarning that you’re going to have to modify your behavior around this person to stop them thinking you’re cool enough to hang out with on weekends.

Another kind of lie is the one where someone asks you a question and you don’t answer until you’ve thought up what you THINK they want to hear, then that’s what you tell them. I call those “Neptunian lies”, where it pains you so much to not please a person that you tell them what they want to hear. Or, maybe you don’t know yourself; you’re always confused about what you want and it takes another person’s desires to trigger you— you morph into it, never realizing, as an individual, what your own desires might be. These kinds of lies seem so innocent on the surface, and there’s plenty of people who like to take advantage of those who tell Neptunian lies, who rely on someone agreeing with them at every turn, but the trouble is, the Neptunian will find another way out… they’re slippery that way.

Plutonian lies are tricky- they can be a setup for manipulation, a mind-fuck that has twists and turns that has the innocent person who asked the question trapped in a web of intricacies they never meant to evoke. Normally the plutonian person lies simply because they don’t want you to know how they “really feel”, in case you might use it against them.

Something tells me that Uranian type people tend not to lie very much. Why should they? Kind of a like a “if you asked, you should be able to handle the truth” mentality.

On the whole, I don’t think you can tell a liar from a chart. You can tell if someone is going to have issues with communication; it all starts at Mercury. For devious actions, look at how Mars is aspected. But even with the crappiest aspects to those planets, if a person has a code of ethics (strong Saturn), they may well channel those unfortunate aspects into something very different than what you’d think. The Plutonian liar, for example, could become a world famous non-fiction writer; the Neptunian a romance novelist.

Can you smell a liar? I have Moon in Scorpio in the 7th, square Uranus. I can see them coming a mile away. For me, something happens during the communication. They’ll be moving their lips, chatting away, and I get an electrical “signal” that I can’t even explain, which is the “liar!” signal. The ones that have gotten by that signal are the Neptunians, which doesn’t surprise me, given that I have Neptune in the 7th.

Neptune is my kryptonite when it comes to liars. What’s yours?