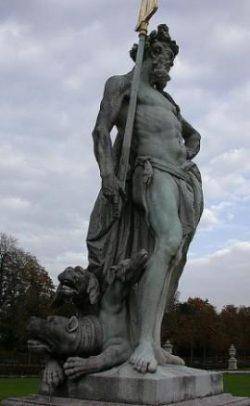 When people have a transit coming up, they search for information. They tend to terrify themselves over what they read. This is especially true when it comes to Pluto.

Pluto spends on average, fifteen years transiting a house. Whatever you read may sound like a death sentence or something horribly grueling that you’ll barely be able to endure. In reality, the transit is so slow and so deep, you’re not likely to have conscious awareness of it, day to day or even year to year. I’d go as far as to say it probably takes ten years after Pluto has wrapped up in house to really assimilate the effects.

Case in point, Pluto is currently transiting my 12th house. I recall Pluto’s transit through my 10th. It most definitely ended my career. I took a stunning fall which is devastating for a Capricorn rising.

I was completely identified with my job. I had status because of it. I suffered a complete wipe-out on that front during this transit.

Prior to the transit I had a good answer to the question, “What do you do for a living?” With Pluto in the 10th, I answered that question with a blank stare!

I lived underground throughout my entire 10th house Pluto transit. I went from being prominent, easy to find, listed in the phone book, with a beacon on my head, to being invisible!

How invisible? Well the internet was not what it is now, but it was here. It took someone brainy, who knew how to use resources no less than six years to find me!

I hope people who search and land on on this post don’t think this will happen to them. Something will happen to them but it won’t be this. Their experience will be tailored to their chart. I just want to put real information out here.

This transit did obliterate my 10th house reputation and my career. It also wiped out both parents. It was painful but I did not writhe around about it on a daily basis. I got used to the situation. After awhile, it’s just your life.

What happened when Pluto transited your 10th house?