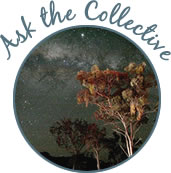 I’ve decided to broach this disgusting topic which has been on my mind for the last few days. You have probably heard of this or perhaps encountered it. I want to know what you think drives the behavior.

Being 8th house types both the soldier and I have encountered this phenomena (people who smear feces) more than once and not only that, we’ve been the person who has had to do the clean up. The soldier has come across this in the military a few times. He has always been the one made to clean it up and let me tell you it’s disgusting. It is not something you forget, that’s for sure.

The soldier has specifically said that it he ever catches someone doing this in the act he is going to beat the hell out them and having cleaned up this kind of mess myself (more than once) I can’t say that I blame him.

In my case, this happened in my HOME twice. You may think this incredible but it is very common if you live near the Mexican border which I did at the time.

What happens is people come over in the border on foot. They break into your house and tear it up looking for small things they can carry like jewelry, money or guns.

They also cook breakfast. It’s very strange. It is surreal actually. They just help themselves to whatever you’ve got, have themselves some bacon and eggs and pancakes while you are at work and when they are done eating breakfast, they take a shit.

You can tell how many people were in your house to some extent by the number of piles of shit. They shit on the floor typically but one time one of them shit in the frying pan where they had cooked the eggs and left it on the stove for me once and if you think I am making this up, I am not.

The first time this happened it was a big shock but the sheriff filled me in when he came out. He said it was trademark and happened to someone who lived around the area there a couple times a week at least. He said it was to show contempt and I just stared at him trying to comprehend.

A month later when there was another break in, I didn’t even blink. By then I’d asked around and found it was in fact commonplace. I mean, it is what it is but when one of the guys I worked with at Frito Lay called me to tell me someone has broken into our small (shack-like) warehouse, I was simply not prepared.

Our warehouse was a large metal shed split into 3 sections with chicken wire. The place was full of chips, and there were three doors for three trucks just to give you an idea the size. I got down there and threw my door open and the smell of shit just about blew me over.

All I can say is thank God my section of the warehouse was the least spoiled of the 3 but even then to walk into this warehouse was to be surrounded by shit. It was smeared all over the walls, the floor and the ceiling. It was absolutely STUNNING. I mean the ceiling was high and there were no ladders or much stuff to climb on so we had no idea how there were globs of shit were smeared on the ceiling but by God, they were.

The warehouse next to mine was hit worst. I was glad and grateful at the time because I’d have had a hard time not taking it personally had it been me.

The words FUCK YOU were written on the wall in smeared shit and the rest of the shit (and there was no shortage of it) was arranged elaborately. I mean, there were three little piles of shit in a row. There were trails of shit that made is appear someone squatted down and walked like a chicken to create the effect. There were turds balanced on bags of Doritos of course… and cases of chips that had opened, shit into and then closed.

The 3rd warehouse was nearly as bad, shit smeared in streaks on the floor, the walls and the cardboard cases and I have to tell you I don’t think I could have coped with cleaning this up. I may have simply quit my job if the company had not hired a crew to come in there, throw everything out and disinfect everything.

So what do you think of this phenomenon? I am asking because I am trying to place it on a continuum possible symptoms of mental illness. In other words, I am wondering if this behavior falls on the extreme end of some set of behaviors, like vandalism for example. I did find this:

When I was in high school, there was someone known as the ‘Mad Pooper’ who would smear shit (either his own or an outsider’s) all over the stalls, mirrors, door handles, sinks, et cetera in the restroom. This went on for a few weeks and the bathroom passes went into lockdown mode.

Anyways, they finally caught him. He was this normal (seeming) guy that was into tech theater. I hypothesize that he used shit because it was easy to produce, and it causes a revulsion the likes of which is hard to beat.

So for those who are more in control of their actions, shit-smearing can be used as the ultimate antisocial stunt.
posted by amicamentis at 9:14 PM on May 9

That seems a rational analysis but do you think? Anyone know anything about this?