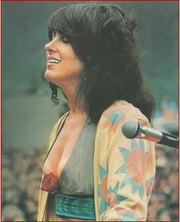 Saturn / Capricorn expects you age gracefully. For today’s focus on Capricorn, here is the soldier on a rant over the weekend. He doesn’t like aging rock stars who can’t manage to… well, I’ll let him tell you:

“And what’s that woman’s name from Jefferson Airplane? She’s another one I can’t stand. What’s her name? Grace? Grace…”

“Yeah! Grace fuckin’ Slick. What a jerk she turned into. She comes over to Germany – she’s older than hell and she gets on stage all drunk. She was drunk on her ass and she starts yelling at these kids, how could you. How could you, she wailed. How could you do this to all of those people!”

“Yeah and these kids are like 20 years old! They already have to grow up in the shadow of Hitler which has nothing to do with them at all and here comes this stupid jerk who doesn’t seem to realize her time has passed and not only that she’s stupid! She’s stupid if she thinks these German kids have anything to do with Hitler – they do not. And she’s stupid if she doesn’t know her time has passed but she’s still thinks she should get up there and preach all this crap that is over.”

“I’d have been embarrassed.”

“Well I wasn’t embarrassed but I did want to kick her ass and tell her! Look, stupid Grace fucking Slick. You’re old! Look in this mirror why don’t you? See that? You’re an old lady! You’re an old lady and a geezer like me… you’re even older than me, so why don’t you just sit down, shut up and let these kids have a good time, ya damned idiot! Sit down!” 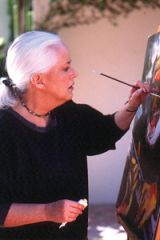 But get this… in searching for a picture, I found this quote from 2007 (Grace is 67 years old) so apparently she did figure it out:

When did you retire from music, and why?

“It was 1989, and the main reason was because I don’t like old people rocking out onstage. It doesn’t mean it’s wrong-I just don’t want to do it. To me, it’s like a college kid going back to kindergarten and playing jacks-why put on spandex and pretend I’m 30”

Are you aging gracefully?