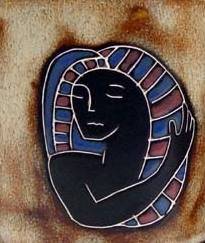 I am living with my boyfriend of four years in his very small hometown while we take a break between college and grad school. His best friend since childhood lives a short trip away so we see him often.

I think the best friend is in love with my boyfriend. Neither has ever expressed an interest in the same sex but when they are together there is such energy and chemistry. I hadn’t thought of it until my mother visited and was concerned because when the two of them are together, they kind of gang up on me. The teasing starts to have a really mean edge sometimes.

So now I can’t stop thinking about it and noticing little things that I didn’t before. My boyfriend is an Aquarius.

Should I ask him straight out if he might be gay? Or if his friend might be? Should I first try to figure out whether my own insecurity is making me jump to conclusions? Or wonder if my mother’s ‘concern’ is actually sabotage?

I don’t want to jeopardize the relationship with damaging accusations, but I’m starting to feel lonely and unattractive and that’s no good!

I really have no way of telling if your boyfriend is gay or not. I suspect he is not considering he has spent four years with you and seems comfortable enough interacting with another man. Point being: if he wants it, there it is. You are obviously open-minded so it’s not like the sky is going to fall if he come up with this so it makes me think while his friend may very well be gay (and in love with him) your boyfriend is merely being Aquarian.

Because it sounds to me as if he could be being himself (a detached, non-judgmental, not that interested in sex, Aquarian) and you could be finding out you want something very different in a man and on this I have some personal experience.

I had an Aquarian beau once and I was just a million times more sexual and tactile than he was. I also had a very close friend (Ben – we’re still friends 20 years later), who is gay and I asked him… â€˜Is this guy gay or what?”

He asked me how much time the man spent with me and I told him he called me 10 times a day and saw me 5 or 6 times a week. Verdict? Not gay.

“Gay men like men, Elsa. They really have very little interest in women but they love men and there is no way they are going to waste that much of their time in the company of a woman when there are men… everywhere.”

So apply that when debating your boyfriend’s sexual preference and beyond that, here is my advice:

I would definitely not confront him about his sexuality. Instead, focus on what you are getting from the relationship. Because it sounds to me as if you are not getting what you want and need, regardless if he is gay, straight or zebra.