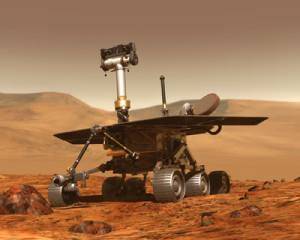 Venus is what you want. She is your desire. She is your pleasure receptor. She is the voice in your head that says “oh yeah, that looks good, lets get that.” She is also pretty lazy. She doesn’t do much of the actual getting herself. She is mostly concerned with the shopping and placing orders and the enjoyment once these orders are fulfilled. So who goes and gets this stuff? Well, that would be Mars. Mars is action and doing. Venus makes the call and Mars is dispatched like that little roller skate we sent to Mars. This arrangement works out great when these two are getting along, like in a easy trine or a friendly sextile. But what happens when there is a frictive relationship like the square?

Your Mars is going to bring back something different. Sometimes he does this to be funny. Other times he does this to betray Venus because he is pissed at her. Here’s an example, I have Scorpio Venus square Leo Mars. I see a situation that I don’t want to get involved in and I desire to sneak through without being noticed. I tippie toe by like a sugar plumb fairy and pat myself on the back for being so good at sneaking. When I look up I realize that everyone has been watching my I Love Lucy style over the top antics on account of I stopped in the middle of the room and whisper-shouted “Nobody mind me!” and then promptly knocked over a lamp. D’oh! There is often jealousy of those who have the Mars placement your Venus is in.

These too planets are also huge factors in how you sex it up. The square people I find are often either inappropriately over-sexed or pathetically undersexed. And they often vacillate between the two modes depending on the situation, usually going for whichever mode is the most inappropriate. Example, I wore whore boots and a short black dress with a slit up the side to my boyfriends thesis defense. Flip-side example, I have picked up a magazine off the floor during sex and started reading it.

Some I have encountered have become so fed up with the disparity in what they want and what the usually get, they have stopped trying all together.  They rock chopped off hair, no make up, and a “but these sweat pants are really comfortable” attitude.  And they’re miserable. Sometimes they get a wild hair and go buy a really red lipstick, put it on once, cry and throw it away. Others are on predator over-drive. Stalking friends of friends of friends on FaceSpace. Bringing home quantity over quality. “If I fuck the whole haystack, I will eventually find that needle I want, right?” The tactics are different but the enemy is the same, dissatisfaction.

Don’t fret my pets, you’re not doomed. There are some very well adjusted Venus square Martians out there. They have realized that sometimes the things they want make them uncomfortable. They have learned to weigh discomfort against dissatisfaction. “I really don’t want to go through with this, but what I want is on the other side.” or “I want that real bad, but not enough to put myself through that kind of embarrassment.” One side wins and the other side suffers. They choose and they deal with it.

Woody Allen has Venus square Mars if you couldn’t tell.