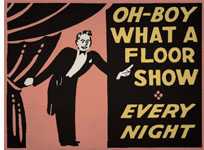 The Moon in Sagittarius squared Uranus this morning. In theory this would trigger the Uranus transit to my natal Moon which is exactly what happened.

The soldier and I woke up early, he was leaving today. With Vid asleep, the soldier started surfing Youtube, about 5 in the morning. He had this song playing and all sudden we both burst into tears, completely and unexpectedly (Uranus) overwhelmed (Pisces) by emotion (Moon). We were both stunned.

The night before there was another shock of a completely different nature. We were talking about something and the soldier informed me that I was the only one in the world who still cared. Can you imagine that?

Can you imagine caring about a cause or a person and being the only person in the world with the feeling? How’s that for an emotional shock? It was a shock in my best interest though because check this:

Whether or not I can manage is another question but I have been introduced to the concept and maybe you can track the Uranus energy here. When astrologers say, “expect the unexpected,” that is exactly what they mean.