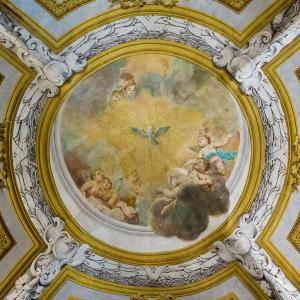 My husband likes to watch war movies. I’ve learned over the years, if I fall asleep with the sounds gunfire and mortar shells going off, I will dream about it all night. If I go to sleep in a good or a bad mood, this also affects my sleep. I have a strong Saturn Neptune signature in my chart. My boundaries are porous.

Last night, right before I shut down the computer, I got an email letting me know that someone in our circle had died. This was totally unexpected. He’s a Scorpio; I’d just marked his birthday.

I was also just talking about him. He had an eccentric flourish, like nothing my husband or I had ever seen. We both know the man, but we also know his parents, his brothers, their wives, his nieces and nephews. In other words, we know a dozen people who are going to be directly affected by this. His mother in particular, is elderly.  I worry for her, and her husband of sixty years!

Anyway, I got this email and I had no choice but to go to sleep. We have to get up at four am…which we did. But both of us woke up many times during the night – our subconscious working to process this.

I’m most directly connected to the deceased man’s father.  He has a legacy in this town, I am due to inherit.  He chose me for this more than a year ago. He’s groomed me, you could say.

People use the term, “groomed” in a negative way. That’s not how I mean it.  People who care, who are old and won’t be around forever, train their replacement, if possible. I wasn’t in town long before he realized I was her.

I’m not sure what’s going to happen. The mother is one tough chick! She’s survived seven surgeries in two years! But I won’t be surprised if this is when he chooses to pass the mantle to me.  In fact, he told me a couple weeks ago, he made need some help…

This family will take this hit. And if you drew a circle around them, and a series of concentric circles around their circle, I’d be the next in line as far a impact goes. Because the legacy I’ll inherit is way out there. It will change my life, forever.

I looked at my chart, it’s my Pluto in Virgo, affected.  It’s all about illness, death and service.  I am going to miss the deceased. No other person in the world could pull off his dramatic antics, which he never explained. He was Scorpio, doing and the rest, no one’s business but his own.