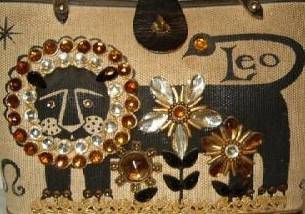 I was dumped three months ago by an Aquarian comedian who needed to “spend more time writing,” and felt he was unable to give me the attention our relationship deserved. I was head over heels for him and basically was a doormat in our relationship – although he denies he ever treated me as less than an equal. My attraction to him was fierce.

A couple of days after that, I fell into a relationship with a new guy, a Sagittarius. The subsequent months have been bliss. Everything is wonderful with him. He is attuned to my needs and I feel like we work really well together.

The problem is that I still talk to the Aquarius and he’s still under my skin. I’m not sure if I’m in love with him, but I can’t shake his powerful influence in my life and wanting to be powerful with him (even if it means I’m in a shitty relationship where I’m undervalued constantly). What can I do to be content with what (and who) I have and stop thinking about this guy? Or does it mean that I’m unhappy with my Sadge?

Thanks,
Torn Between Two Lovers

You’re not really torn. You clearly prefer the first man, in spite of reporting experiencing bliss with the Sagittarian. Because bliss is bliss and I know bliss! And when you are blissfully in love with a man, you are not bugged out and obsessed with the man you had prior. The one you attempted to replace in what did you say? Two days! ::Laughs::

Look. It is very easy to find a lover. It’s much harder to find someone you love. Sounds like you have a lover with the Sagittarian. And there is nothing wrong with that.

And if you think I am going to say I think you’re in love with the Aquarian, well I’m not. I don’t think you love him, either. Sorry! Want him fiercely? Yes. But why?

Well you have a lot of Leo in your chart and I think you want him like a prize. And you have a packed 7th house, so you sure as hell don’t want be alone. But I suspect the real reason you are obsessed with the Aquarian is that he had the audacity to leave you. To leave the Queen. So here is my advice:

Come down to earth. Seriously, man. You’re a Virgo! And further, Saturn is in Leo, BAM on your Venus (love). Not only that, it’s headed for 7th house (relationships) and believe me you are not going to be able to keep cruising like this. You’re going to hit a wall and in fact you are hitting it now.

Because when a relationship ends, it takes more than two days to process it. Sorry, but this is REALITY. And when you lose someone you want, it hurts. And getting yourself some passing-by Sagittarian may stave off the pain short term but as you can see it’s not going to hold.

What’s happened here, is you’ve been rejected. That’s a Saturn thing. And if you want to grow and get anywhere, you are going to have to slow down, feel your feelings and figure out why. And I can give you a clue.

The Aquarian basically told you that you were too high maintenance, which makes sense for a gal with a lot of Leo in her chart. But rather than look at that, you find fault (Virgo) with his story and with a Saturn transit underway, you are not going get away with this.

See, it’s not the Sagittarius you are unhappy with. It’s you that you are unhappy and all this inflation and drama around your relationships is merely a diversion from that.

And I am not trying to be mean. I am just trying to get you on deck, here. Because the way your chart is set up, learning to be a grownup in relationships… learning humility is going to be your number one job for the rest of this decade. And the longer you try to postpone facing these issues, the more it’s going to hurt. 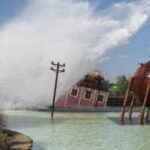