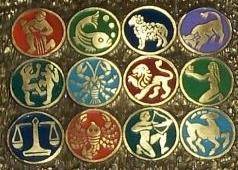 After twelve years this, I don’t internalize much of what people say to me, good or bad.  This is because I don’t think it would be a good idea to accept the praise while deflecting or denying the criticism. It would be an even worse idea to take in the insults and ignore the appreciation that comes my way – I would soon come undone.

I could try to sort through the remarks. I could weigh them for validity or sincerity. I could attempt to judge them on some other kind of scale, but this would take a lot of time and I don’t think I would be any good at it.

I’d not be good at it because of the hall of mirrors affect, courtesy Neptune in my chart.  I am truly flabbergasted at the way I am characterized at times.

It’s not just when people are insulting me, either. I am often praised for sharing the beliefs of person, when I don’t hold the beliefs in question, nor do I have the slightest clue how the person writing me came to think I did.  How do you weigh something like this? How am I  to value this kind of vapor?

The insults are often just as bizarre, at least I think this is the case.

“Elsa, you are this or that insulting buzzword!”

I read the message and think, “Huh?”

It just doesn’t seem to jibe with the enormous body of work I’ve produced.

I don’t understand how people come to their conclusions, but I’ve come to the conclusion it’s best not to argue. Our lifespans are tiny as it is.