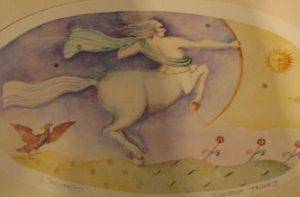 My last serious relationship ended 8 months ago. Recently something sparked with someone I study with at university. We got to know each other fairly well over a few months. Anyway after some drinking, I ended up going home with her after a party. We ended up having sex and a week later we went out on a date. Both nights were amazing. This obviously seems like the events are chronologically mixed up, but it’s the way it happened.

Anyway, it seems as if she has completely lost interest now. I feel like every time I try and get hold of her, I’m being a nuisance. It may seem petty and short-term but this has been weighing on me quite badly. Is she worth perusing? And even if this is somehow a dead end, what am I going to do about the fact that I slept with her?

When I feel someone may be pulling away from me, I let go and I find out quick enough what’s going on. If this gal is not responding to you, stop calling her. At that point, she’ll either come to you or she won’t – and then you’ll know.

Now if she has lost interest in you, it’s anyone’s guess why. You can ask her if you want. Or not. And she may tell you. Or not.

I also wouldn’t want to pressure someone into telling me something they want to avoid telling me. So assuming you don’t hear from her, I would let her go, then turn inward to deal with the aftermath and in your case, there does seem to be some fall out.

Now I’m not sure what you mean, “what you are going to do about the fact you slept with her”. There isn’t much you can do, is there? It’s a done deal. Do you think it was an error? I don’t necessarily think it was. You were consenting adults. So if this is about feeling you did something wrong, I don’t think you did.

On the other hand, if this is more about feeling injured because you’ve been rejected after putting yourself out there and sharing your body, then it’s worth noting your response to this so you can make adjustments in the future. For example, the first time you sleep with someone, maybe you should be sober.