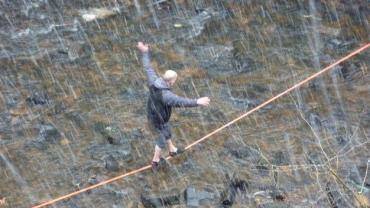 I wrote this three years ago. I thought I should check back in. This is the original post:

I’ve encountered a tremendous challenge this year. Without a doubt, it’s the worst thing I’ve ever come across, in my lifetime.

Thinking “it won’t happen to me” is such a blissful state of ignorance. You may as well enjoy it because so much of life is out our hands. If you’ve been hit, then you know what I mean.  I’ve been hit and I’ve got to rise to the occasion.

My situation requires me to feel pain, think hard and learn new skills. I wasn’t really planning on learning new skills! But I’m doing it!

I just had a client with an Aquarian moon She’s nearly seventy years old and in a position where she needs (moon) to reinvent herself (Aquarius).  She’s got a brainiac, driven chart.  Fixed!  But as of today, she’s got to drive her brain in another direction or else.

This is only if she wants to survive!
She told me plainly, surviving was the goal (Pluto in Capricorn).
So that’s that. Best get on it. Best get with it.

It’s exciting, in a way. To be called up at this later stage of life.  To be in a position where you have to engage your internal gears and get whatever old clunky stuff you’re housing inside, up and running. Not just running, barely, but humming along.

Ideally, a person caught in a bad circumstance can improve themselves and/or their character. It seems human nature, we really don’t reach these higher (or deeper) places without being forced, by a circumstance where there is no true, viable option.

With a double (Sun and Moon) Aquarius mother, I have always likes surprising people.  My mother, with her famous quote, “It’s a sin to bore people.”

I hope this client seizes the day. I think she will. Meanwhile, I will work on my issues. I know I have the ability and the capacity. And the person I was? Really, I barely remember.  I’m going in the other direction. Reaching. Trying. Striving.

See that guy in the picture? He’s a lot better off to go forward, than he is to back up.

Three years later, I have completely transformed,  I don’t think people can see it; I’ve these heavy-duty transits (Saturn, Pluto and Jupiter) in my 12th house.  But I kid you not, I don’t see a shred of my former self, outside my ever-present hologram.  The person who people love to shoot at.

I got an email yesterday, warning me about a fresh set of attacks.  While I appreciate it, my life has changed to such a depth and degree, I see people like that to be as important as crumbs dropped on the floor for rats to eat. Seriously.

The people who matter are people like, Mary, the gal I visited with, her last year of life. These people live in different worlds. I choose, Mary’s world.

I was talking to, Ben, the other day. I think he’s still trying to fathom some of choices I’ve made. Because my life is… excruciating.

I told him, there’s no doubt I could have it a lot easier; this can’t be denied. However, I would not be the same quality person.

“I’m not sure how fun life really is when you know you’re a shithead,” I said. “I don’t think it would be fun for me. I have a choice and I choose to so what any person of quality would do.  This is far more satisfying then anything I could gain if I went the other way.