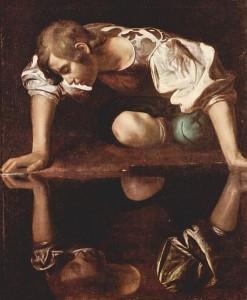 I read a poem from the 1800’s that challenged me to think. The poem was about a man who loves a woman who does not love him because she can’t love him. She can’t love because it’s herself whom she loves. Because of this all kinds of horrible things happen to her.

She’s tricked by a witch who leads her off to suffer horrible, unknowable torment. She has a spectacularly agonizing time, at this woman’s (witch’s) hand, and then she dies.

The man sees her there, dead. He mourns her death and then he goes off to marry another woman who can love him. He’s pretty righteous about the whole situation. Reading the poem, I was aware I was only hearing one side of the story but hey. It’s still a good poem.

In the end, the addresses the harsh sentence the woman received. He believes it was just and this is the part that slayed me: he states that it’s just as well that the loveless lose their lives as they cause terrible harm on the earth. They run around and confuse people. They make the world lousy, basically. They cause torment so why not have some torment of their own, plus let’s get rid of them. What else makes sense?

To modernize this, just consider a man or a woman who seduces others into relationship when they have no love to give. We are big on “tolerance” in this era, in stark contrast to the man in the poem. But what about the psychopathic man or woman? What does society gain from allowing them to run loose and run amok? Anything?

I don’t have an answer to this, I’m just wondering. What if a witch came along and tricked people of this ilk? Would you care? Would the world be a better place?