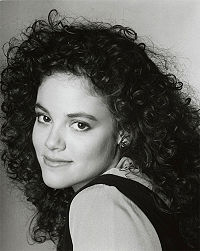 I don’t know how I got this book, “The Psychology of Stalking: Clinical and Forensic Perspectives”. I am not really interested in the subject. But it wound up in my hands and it sure is good.

Here’s some stuff off the top that got my attention:

“I think that the rage is the central component in motivating the behavior of the stalker to then pursue the object. The intent is to dominate, devalue and in some cases destroy.” (Kohut, 1972)

I thought that was interesting. 53% blame the victim but the other (roughly) half know exactly what they are doing and who is at fault.

This was also pretty keen.. a stalking flow chart:

The whole thing starts with what is referred to as a “narcissistic linking fantasy” – the person feels special or loved or admired by or superior to or destined to be with.. the object -> leads to…

acute of chronic rejection -> leads to…

Defended against by rage ->

Fuels behavioral pursuit: To hurt, control, to damage or destroy -> and this…

The author uses John Hinckley Jr as an example. Rejected by (Scorpio) Jodie Foster he shot the president…

“But a curious phenomena has occurred. John Hinckley Jr. did in a sense set out to accomplish what he set out to do. The public will always link him with Jodie Foster and most importantly, as a basis of gratification in Mr. Hinckley’s mind, Ms Foster will likely never forget him. Her consciousness of him validates his narcissistic linking fantasy, one that perhaps remains a hidden preoccupation for him 17 years later. As he said to an interviewer 2 months after the assassination attempt, “To link myself with her for almost the rest of history, if you want to go that far.”

I’ve had limited experience with stalking in real life but I pick them up pretty routinely writing this blog and you see the Mars function here. They stalker hunts you and tries to destroy you.

In my case (Mars conjunct Mercury) the stalkers generally write a lot of poison emails and send them out around the world (9th house).

In extreme cases they do destroy you. Scorpio, Rebecca Schaeffer is mentioned.

I’d not have made the connection between stalking and narcissistic personality disorder but now I see it clearly. This is Hinckley’s diagnosis by the way and now I understand what is driving the people who stalk me.

What’s curious about this… or at least another angle that occurs to me around this is the idea some people have that we can eradicate Mars from this earth.

Robert John Bardo, is the man who shot Schaeffer. I bet he seemed like a real nice guy to many but she opened the door and he shot her dead at 21 years old.

If you know any “nice” people hunting me, do me a favor and don’t give out my address, mmm kay?

Do you have any experience with stalking? Tell us. Also, where is your Mars?