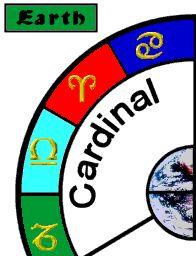 My son has a Libra Moon (home). The soldier has a T-square involving Mercury, Mars and Saturn. Mars and Saturn in aspect (especially hard aspect) has a terrible reputation in astrology.

When you put the charts together, there is a tight grand cross in the Cardinal signs which by all rights would raise an astrologer’s eye. The question would be, what is going to happen to this kid’s home (Moon) and mother (Moon) when this man moves in with this wicked t-square? But it just goes to show you that there are people out there who make grand lemonade of their lemons as well as people who squander their gifts (their trines).  Because this was the conversation last night… we were all three hanging out in the bedroom.

The soldier and I looked at him. “You mean with the soldier here?” I asked.

“Yes! It’s great. Before you got here this was a home but now it’s… it’s great! Now it is super sonic!”

The soldier was moved. Vidroid’s mother agrees so here we are supposed to be crushed by that T-square but instead we are feel as if we are moving (Mercury), supported (Saturn) and invigorated (Mars).

Anyone out there know they make art of their hardship?