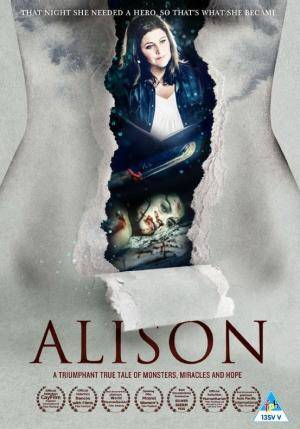 I watched a movie on Amazon yesterday – Alison. If you’re easily triggered by violence against women, I would stop right here.  Everyone one – brace yourself.

The movie is about a woman who was snatched and raped by two men. They also cut her throat; and  that’s an understatement.  If you want to know more, you’ll have to watch the film.  If you do, you’ll learn that she was also stabbed dozens of times, disemboweled and left die in the middle of nowhere.

She survived. It is an incredible story and a lot easier to watch than you might think. That alone is a miracle. When you’re dealing with something like this, editing is key. If you want people to get the message contained in a story like this, you’ve got to make sure you don’t gross them out too much or they’ll click off.

I went through this will my book. We had to leave most of it out. The man who helped me with it told me that if anything else happened to “this girl” who was “me”, people would put the book down.  That left ninety-five percent of my life on the cutting room floor.

I was talking to a friend about the film; there is a small fragment of the movie given to the main perpetrator.  If you’re savvy or knowledgeable about psychopaths, you’ll probably be as disturbed by it as I was.

“I bet they thought long and hard about doing that, I said. “I’m not sure I would have. But they have all the cops on there, and the doctors who took care of her in the emergency room. They have her friends who visited her during her recovery, etc. It occurred to me, if they did not have these people, and their faces with their mouths moving, no one would believe this.  They’d not believe this had actually happened to her and I’ll tell you why I think that is, if you want.”