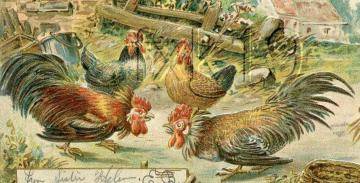 The Sun, Venus, Mercury and Uranus are all in Aries right now. If you have planets in Libra, like I do, I bet you’re sick of being pushed and perhaps, provoked.

Last night, I was at a gathering. A gal was passing by. I smiled and nodded, she did the same, then decided to corral me and do what she does – complain bitterly.

She began to complain about this other woman, who I like and respect. The second she opened her mouth, I was looking for an exit. To my horror, the gal being discussed came walking right up behind the gal talking about her, by name.

Hearing part of the conversation, the second woman was unfazed.  She stopped to remark for the record. It was nothing new or interesting. These two had bickered in my presence earlier in the week. It’s what I hate about our current society. So many people have no clue how to resolve a conflict, absorb a loss, or whatever. People seem content to bicker their lives away.  I was uncomfortable and let the second woman’s comments end the conversation.

A few minutes later, the second woman came to lobby my opinion. I’m on her side, anyway and said so publically when this whole thing started. But now she was sitting next to me, with the first woman, glaring at me as if to say,  “I thought you could be trusted!”

Having already weighed in on their conflict, I did want to tell the second woman, that I was not talking about her. “I was being talked to,” I explained. “I was not talking behind your back…”

Well, she knew that. But then someone else sat down; the authority figure. Woman number two started telling him, woman number one was on the rampage and would probably be approaching him. As soon as the words left her mouth, woman number two came up behind her to start more bickering.

“I’ve got to go,” I said. I didn’t even pretend to have a reason, outside of just feeling drained by endless squabbling. It’s so boring.  Why get up and get dressed and come to a social thing, if only to bitch?

In astrology we say that Pluto / Scorpio is repulsive. But isn’t this repulsive? I guess these women may be obsessed but it seems more competitive. They want to WIN and they want the other to LOSE.  But in reality, they both lose. Because I can’t be the only one who doesn’t want to hear it, over and over, day in and day out, for weeks if not months or years.