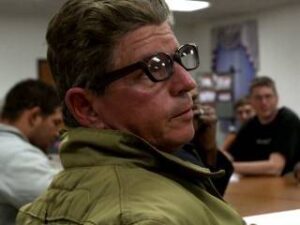 It’s difficult to take on something this stark but I feel compelled to try.

Over the last few days, my husband and I watched two documentaries on Netflix. We saw, “Oh Saigon“, first.  It’s the well told, gut-wrenching story of a refugee family who came to in the United States in 1975.  It’s all about staggering loss on multiple levels from various very personal points of view.

We watched, “The Overnighters” next. It’s about a variety of people who have hit the skids for a variety of reasons. Unemployed, the men head to North Dakota, hoping to get jobs in the oil fields.  It’s a gritty and gripping documentary that conjures up the Depression era.

The people featured in these programs lost most everything they had at some point. Through their own fault in some cases. In other cases they were taken out by forces greater than them. Like a tsunami.

These shows were both complex and interesting. Like looking at an inkblot, different people would see different things.

Not surprisingly, the focal point for me was on relationships the people had…or lacked.

The men in North Dakota, who had a family, “back home”, be it parents or a wife or a wife and children, seemed to have a greater sense of purpose. This seemed to increase their chances of success.

They were less likely to give up, basically.  If it’s just you, then it’s just you. But when others are depending on you, and rooting for you, waiting for you, loving and caring about you, this gives your life more meaning.

It’s no secret, I think our country (and yours too, most likely) is collapsing.  We have these pockets of poverty. The pockets are not shrinking, they’re expanding.

I asked my husband how people could think they’re going to get through something like this, alone. Or why they’d want to even try.

I don’t really think they do. I think people are scared, but they have no earthly idea how to solve their relationships problems.

It’s not that people decide to accept less. They realize that they themselves are less then they may have believed at one time.  They’re human!

Realizing that you, yourself are a pain to deal is one of the more important keys to unlocking the door that prevents you from partnering or playing well with others. Yes, the other person is flawed, but have you checked the mirror, lately?

I do a lot of consulting. I know that many people have no idea where to start when it comes to establishing a supportive partnership.  This is why I took the time to create these classes. I wanted to help.

I worked on my Master Class – Finding Love With Astrology for a year!  I saw the need for this, because I would identify love problems for clients, but have no time left to outline solutions for them. Awful, right? So I fixed it.

I followed that up with a workshop, specifically geared to people looking for love, later in life. Finding Your True Love And Soulmate. Venus Saturn! This class is for people with serious impediment to finding love, shown in their chart. Nobody wants to take this stuff on. It’s too hard! But I knew I could do it so I did.

You may still think you can handle life alone and you may be right. This post is for the people who know they’d be better off partnered. But they need some clarity and some help getting on track.

I’m sorry, but these hard times are here and bound to get worse. If you lose your job, it sure would be nice to have a partner there to help sustain you.  I don’t know how this can be denied.