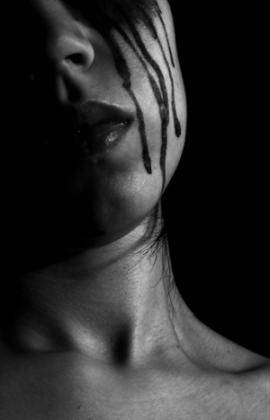 There’s been some debate in the forums about the validity of Black Moon Lilith, and I thought I would throw my hat in the ring. I do use Black Moon Lilith in my work, albeit selectively. When a client is working with that dark, wild energy I find it to be very helpful.

There’s some confusion about what Black Moon Lilith actually is. In the simplest terms, she is the second focal point of the Moon’s orbit. Years ago, astronomers realized that, if a body has a elliptical orbit, then there must be another focal point beyond the body being orbited. If there wasn’t, the orbit would be perfectly round. So Black Moon Lilith represents that dark, hypothetical point. She is the anti-Moon.

I think that Lilith is the perfect being to symbolize this energy. Just as there is debate about whether the Black Moon even really matters or exists as an astrological concept, so too is there debate about what, if anything Lilith is in mythology. Is she the wind demon residing in the Huluppu tree? Is she the wild thing depicted in the Burney Relief? Is she Adam’s feisty first wife, she who refused to submit? Is she a cautionary tale, an example of what not to be? Or is she a feminist icon, forever wronged and fighting against her oppressors? There’s no consensus, which is as far as I can tell perfectly in line with her nature.

But that energy exists, and denying it is fruitless. Modern astrologers laughed when people asked if Pluto’s being relegated to dwarf planet meant it no longer counted. Of course it does. Plutos energy, that dark underbelly, exists regardless. Instead of denying it, pushing it into hiding, why not name it and work to understand the energy? It is much the same with Lilith. That energy is real. She is dark, she is wild, she is uncontrollable, and she exists.

What are your thoughts on Black Moon Lilith? Is it valid?