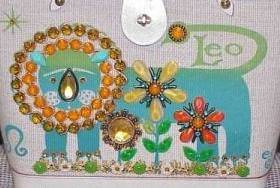 There is this man who has been leading me on for some time. At first I didn’t like him but he pursued me so much I became attracted. The catch? He told me has a girlfriend. So I pulled away but he KEEPS flirting with me, giving me puppy dog eyes and acting like he is in love with me. Yet he obviously loves his girlfriend more.

I don’t know what to do because I can’t stop thinking about him. I feel like he has really treated me unfairly. Should I just not even try and be friends?

I didn’t like the guy, but he liked me so I liked him. But he likes someone else, so I didn’t like him, but he still likes me. So I like him terrifically and I don’t know whether to like him or not!!

Does that sound crazy to you? It sounds crazy to me, especially when the gal who wrote it is almost 30 years old!

Look. The guy is a flirt. If you think his puppy dog eyes are funny, let him make them. If not, tell him to “Take a flying leap, dipshit!” But for godsakes, get a grip.

People who “act” like they love you don’t love you. They are acting, remember? People who have girlfriends but engage other women are playing games on both ends.

As to whether or not you want to be friends, it’s entirely up to you. What is your standard, where friends are concerned? Does he meet them?

I’ll tell you what I really think. I think you have a Leo Moon and you like the attention and the drama. But Saturn is in Leo now and begs you to grow up with this stuff. I mean think about it. Are you going to be forty and have a man with puppy dog eyes? ::cringe::