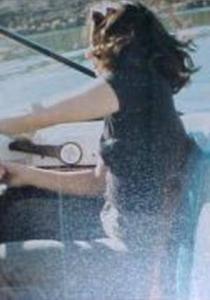 In spite of the pandemic and everything else, I have really enjoyed Saturn square Uranus.  I was lucky to catch on to how easy it is to use this energy productively, early on. Experimenting (Uranus) with various frames (Saturn) for things, including your own self, is reliably productive.

Ultimately, there is pressure to define (Saturn) yourself as an individual (Uranus). There is also tons of pressure to not do this.  It’s kind of screwed up until you catch on. I’ll use myself as an example.

I’m astrologer. I have been for a long time but I’ve lived in places or around people who are okay with this.  That’s not the case now. I live in the bible belt.  Astrologers around here invite a tent revival in their front yard.

But wait! Does this mean I hate religious people. I am a religious person!  Cripes! I opted, late in life, to go to RCIA and become a confirmed Catholic.  So I had to work this out. I did work it out.

It became un-worked out with the flood of truly concerning information unleashed over the last years.  There came a time, there is so much smoke, I had to look into this. Now what do I think and how do I feel? The emphasis is on the “I”.

Catholics don’t sanction astrology, except for the ones who do. If you think I have never heard a priest discuss astrology (favorably) during mass, you’re wrong.

You can see how clunky and jarring this is but hopefully you can also see how important it is for me to sort this. WHO AM I?

There is a good number out there who now believe the planets are fake. Where I used to deal with people who feel astrologers are charlatans (and some of them are), I’m now an instant idiot to anyone who has decided the planets do not exist.

Now I have an open mind. This is fact. So when I hear something like this, over and over, I am going to look into it. Are the planets fake? I don’t know. Could they be fake? Yes!

So if the planets are fake, what the hell am I doing?

Well, I am reading charts and able to help people because of it – legions of people, over a long period of time.

This personal experience is not something anyone but me can access. So if I collide with someone who believes space is fake and they know I’m as astrologer… well, it’s just like the tent revival people. People are looped into groups. tagged and such, with no discernment. In fact, there is not even a nanosecond invested in considering if there might be something to something or whatever.

I could go on with all the walls one might run into in trying to simply be themselves… honor their own internal compass or their ideas and feelings that some to them on the wind, from their brain, from their gut or their intuition or their power animal, or their Spirit Guide, or the Holy Spirit, depending on who you ask.

In whatever case, I’ve found these last two years, harsh.  Whatever words you might utter, will see you classified not only by the people who read or hear them but by technology companies which had a lot to say about whether you live or die… or make a living, anyway.  So there’s fear!  Saturn!  You have to face your fear to be liberated by it.  I opted to do this.

It’s via this process I’ve come to be able to define myself. That’s what this was about: 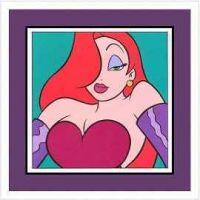 In fact, that’s another thing. Abuse. I have had people tell me I like sex because of sexual abuse. Really? It’s not a packed 8th house and Mars conjunct Mercury?

What about abuse victims who NEVER have sex?  Are they also sexual because of sexual abuse?

You want to work to define yourself for all of these reasons. If you don’t you’re going to be told who you are and tagged with all kinds of bullshit; you become so confused you’ll never figure it out.

Your other choice is to say or do nothing… essentially erase yourself as a human being in order to not be hurt? These are options but they are not good options.

Boundaries are involved here. Right now, if you want to be free, in any sense of the word, you’ve got to have them.

That picture? That’s me, writing my name on Lake Havasu, just after sunrise.  Fun idea for Mars Mercury in the 9th. I’d do it again on a dare – why?  Because, I’m an individual and like Jessica Rabbit, I’m drawn this way!

Do you have a decent idea of who you are, really? 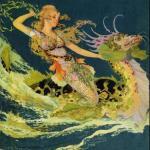 Looking Ahead At Saturn In Pisces