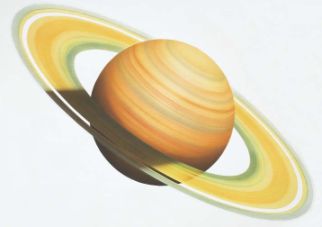 My husband has Saturn in hard aspect to my Mars Mercury conjunction. I used to write about this a lot. We had a lot of communication problems when we were kids. I just couldn’t seem to convey things to him.

Since I’m a talker, this was inordinately frustrating to me and desperately painful. It was painful because what I had to say was very important and ultimately, in my version of events, it is the reason we did not marry back then. I do remember lying in bed after he’d gone to sleep, whispering things to his back. He pointed out to me in 2003 that this would not be the most effective way to communicate and while he’s correct, I did this because all efforts to talk to him when he was awake had failed.

Saturn in synastry, particularly when it’s a hard aspect to the other person’s personal planets does thwart things. The Saturn person is the adult in the situation, or the control or the brake or the oppressor depending on how you want to see it. I saw it one way as a teenager, I see it another way now but the function between his chart and mine has not changed the least little bit.

Last night we were talking and I asked him if he remembered anything he said to me when we were teenagers. “I remember some things,” he said.

“What do you remember?”

Can you see Saturn there, oppressing my Mercury mouth?

“What did you not want me to say.”

So there you go. Saturn square someone’s Mars Mercury.

Do you have a hard Saturn aspect in your partnership? How does it play?