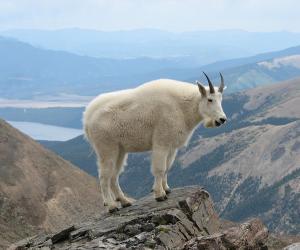 Saturn will turn direct around midnight on September 28th. At that point it will be leaving Capricorn for Aquarius. Saturn won’t return to Capricorn until 2047. Many have been waiting for this!

We’ve had Jupiter, Saturn and Pluto conjunct and retrograde for months. This is has delayed progress but it’s also allowed time for things to be sorted and/or healed and set straight. At this point, the turnaround is underway.

Jupiter turned direct mid-month. This would be Stage One. You’ve probably have a pretty good idea which future you want to head towards.

Saturn’s direct motion pressure you to commit to your vision. Stage Two. It’s one thing to choose a path. It’s another to take that first step.

Stage Three will occur when Pluto turns direct in early October. You may deepen your commitment, provided you made one.

Pluto operates outside our control. We may be able to channel the energy that flows into our life to a certain extent, but events are often drastic.

I’m talking about death. Or when the cops show up and arrest you for something – you know you’re guilty. Capricorn and karma. You can’t have one without the other.

This is why it’s always advisable to tread carefully. Just ask a mountain goat. Baby, it’s a long way down!

I’m not suggesting you be scared. I am suggesting this is serious. The concept of  “big girl panties” came about with this emphasis on Capricorn. I guess there are some who still resist this but  most see the reality of their situation.

There is no doubt this has been a very hard time for almost everyone.  Hopefully you’ll get a nice gift at the end of this journey; not lump of coal. In whatever case, we, as a collective are going to progress in ways that will be undeniable over this next month or so.

I also want to mention,  Mars will be squaring Saturn as the planet turns direct. The exact aspect is one day later, on September 29th. Harsh!

Are you excited about Saturn turning direct? Scared? What do you expect to see from this?