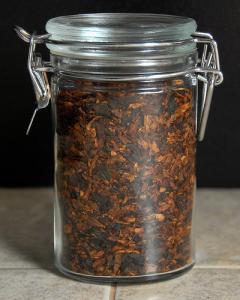 I really liked what Elsa had to say today about people who are not like you. It reminded me of the period in my life during my twenties when I worked in a smoke shop in a busy mall. We sold cigars, cigarettes, pipes and pipe tobacco and all kinds of smoking accoutrement. We also displayed many lines of exquisitely beautiful collectibles, clocks and knick-knacks. People were drawn to our shop for a multitude of reasons, some because they were looking for our core, tobacco-related products and some because of the beauty of our displays.

Plenty of people would pop in and have nice things to say, but some acted just hideously. Tobacco and smoking are subjects that hit some people very viscerally and many seemed very emotionally triggered and judgmental. It got to the point where the moment someone stepped into the store I could sense which way they were going… triggered by beauty or triggered by some internal ugliness.

It also got to the point where I had to consciously suspend my own tendency to think, “Oh my god, people are such assholes.” All of us who worked there had to learn to thicken our hides and do our jobs pleasantly, no matter WHAT was said. This required taking in what was happening, what was being said to us, while suspending judgement on the person who was acting out their personal drama. I learned that when you do that, you get a better outcome, you allow the other person the grace to turn their own judgmental ship around, get hold of themselves and steer back into brighter waters.

When you decide someone is an asshole based on one moment in time, you limit not only them, but yourself and the possibility of a better interaction as things go forward.

With Saturn conjunct Mercury and aspecting Chiron you’re likely to run into situations where people get triggered by perceptions that bring up past wounding. Mercury sextiles Venus and both quincunx Uranus. With Mercury conjunct Saturn, this can result in snap judgements, yours and theirs. Making judgments limits your perception. When you slow down your rush to judgement and allow more time to gather your thoughts and perceptions, you allow a more complete picture to emerge. Reality is a continuum, not a moment in time cast in stone.

It’s easy to dislike someone based on ugly behavior in a moment, or one opinion, or one set of opinions. But you don’t have to decide irrevocably who someone is and whether you like or dislike them indefinitely. Staying open and waiting to decide keeps things dynamic. Making a judgement inhibits perception. It’s hard to see the positive coming from someone you’ve made a negative judgment about. It’s also hard to perceive the negative coming from someone you’ve made a positive judgement about. Ultimately it is your own function you limit, a very good reason to keep an open mind, a wise, mature outlook.

With Saturn at the beginning of Scorpio trining Neptune in early Pisces there’s the possibility of suspending judgement and taking the high road. It calls to mind the lyrics of an old gospel song I love, “It Don’t Cost Very Much”: “Be forgivin’ if someone abuse you, for the Good Lord look for such. Live right each day; smile on your way, and it don’t cost very much.”