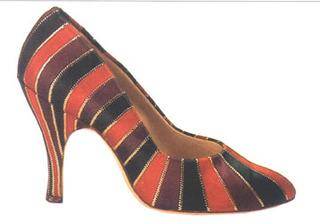 As for people thinking I’m not real, this is my sister on the subject. This dialogue is real, circa 1994. She is talking about men (in general) that I date.

“Well no one thinks you are real, Elsa. You tell them exactly who you are but they don’t believe you.”

“I don’t know exactly. Because in this case, these men are right there in the room with you. You sleep with them and stuff so I don’t know how they don’t know, but I do know that none of my friends think you are real. You know. I talk about you and most of them don’t think you exist.”

“What? Why would they think that?”

“I don’t know but they do. They think I’m making you up. Don’t they, L?” That’s her husband. “Don’t people think I’m lying when I talk about, Elsa?”

“They do,” he said. “No one believes her when she talks about you. They definitely do not believe her.”

“Well I don’t understand that. Why would they not believe..?”

“Well I told them you put your lipstick on crooked for one thing,” she said, stopping to laugh. ‘And they can’t believe that for sure.”

“Well most people… people want to have all the lips they can get. They want big lips and here you have them. Other people have to go get collagen, or use lip liner. Some of them even try to tattoo some lips on their face. They do all kinds of things trying to look good and what do you do? Nothing. You won’t even bother to fill in the lips you have. And the people I know? Well they’re like me. They are all interested in fashion and in beauty and they find this hard to believe.”

“I see. So I am not interested in fashion and this makes me a fake person? I don’t get it.”

“Well it’s true. And then there was that time you showed up here with no pumps. I couldn’t believe it. And I told people about it. I said, my sister is traveling and she doesn’t even pack a pair of pumps!” She laughed. “They didn’t believe that either.”

“Oh, for godsakes. They think I’m fabricated because of shoes? Because of lack of shoes? I was coming to see my sister. I wasn’t going on a date. Is there a man here for me? No. There is no man, so why would I bring pumps?”

“Elsa, most women would. I know I wouldn’t leave home and go across town for one night unless I had a pair of pumps packed just in case.”

“So it’s a lot of things like this. I told them about that one guy who actually plucked your eyebrows for you, in an attempt to fix you up so he could be seen with you. But if you really want to know what tipped them into the land of non-belief, it had to be when you married Shack Man.”

“Shack Man? What’s wrong with that?”

“You married a guy who lived in a shack.”

“So? You agreed with that. You thought that was a good idea!”

“I did. I did approve of that. I admit, I agreed you should marry him and thought he was good for you. But think about it Elsa. Most people don’t marry people who live in shacks, right?”

“So if you’re in the middle of trying to convince people that your real sister is really, real, and you go off on Christmas Eve and marry a man who lives in a shack, it’s doesn’t help. This is not the kind of thing that is going to help your credibility.”

“Okay, okay. I get it. So what am I supposed to do? Not marry who I want to marry so people will think I’m real? Go shoe shopping and carry a bunch of them on my back at all times, so I can be normal?”

“Well what do you think it says?”

“What do you think it says?”

“It says this is the chart of a person people will not believe is real.”

Learn more about this phenomenon with my workshop about how to stay stable as reality morphs.