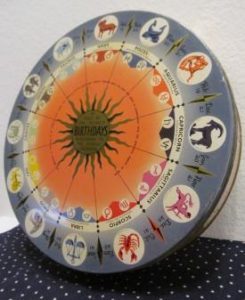 It’s always been said that certain astrological signs tend to get along better in relationships. What I’m wondering is… do two Aquarius born tend to get along? What if both are Aries or both Capricorn’s, etc. I understand that their are many variables in the charts, but just generally speaking.

It’s true some signs fare better in relationships than others. This may be a factor to consider when evaluating matches where both partners have the same sun sign. But it’s not the method I would use.

Instead, I’d consider what I know about the sun signs. Aquarians?  I know they can get along because my parents were both Aquarius and they were married for twenty-three years. That said, I don’t think is usual.

I say that because in my experience, Aquarians really do like to surprise people.  They are inventive and eccentric and they like themselves in this role. I think this is true, even when they don’t like themselves. This happens when circumstances arise where they’d like to fit in.  So it may piss people off but I don’t think Aquarians like competition, at least not when it comes to being at home.

You mentioned, Aries. Aries is a leader. Two Aries can get along so long as they each have their own deal to lead, in their own way.  If either partner expects the other to follow or be led – then forget it.

Capricorn. This can also work, you just don’t see it very often because it’s dry. As much as Capricorn tend to respect Capricorn, they prefer to have a laugh when it comes to love.

With your questions out of the way, the most common same-sign couple I see, is two Scorpios.  When this happens, it’s because they trust each other and know how to deal.

I have never seen two Pisces in relationship. If so, I’m not sure they find each other!

Geminis also tend to irrigate each other.  It’s funny when you have two of them because each wants the other to STFU!

Sagittarius couples can also work but I have never seen these partnerships last because one or the other spies another horizon and they’re gone.

Two Taurus may work. If it ever happened, they’d stick it out.  But Taurus’ taste is refined and they do love. I’m not sure their taste would see them choosing another bull.

Cancer? I have seen Cancerian couples and it’s exactly what you’d think.  Focus on the home and often homeschooling. There tends to be multiple generation living in the home.  They tend to be happy.

Two Leo can share a stage, like a King and a Queen, but ultimately – this is a Micheal Lutin line – the bathroom mirror is not quite big enough. One star per household – thanks!

Two Virgos can partner and I see this now and then. There lives are usually focused on service to their family or just helping, in general.  This may sound G-rated. I don’t know. The question is can it work. Answer is, yes.

I rarely see two Libras together.  There is codependence with Libra and like Aquarius, or Leo, one per family, please!  Also, Libra needs help with decisions. The last thing they want is someone wishy-washy which would in fact double their trouble.

What have you seen out there?