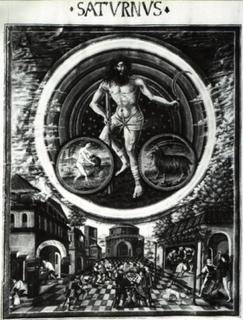 Eliza wrote on the “Too Old to Leap, Mars / Saturn in Synastry” blog:

“… I’ve been pondering about the effects of the Mars (me) square Saturn (him) synastry aspect I have with my boyfriend. I always seem to be the keen â€˜leaper’ and am starting to feel a little rejected by the â€˜I’m too old’ rebuff I get from him. Is this Mars/Saturn at work then? I wonder how we can get round this satisfactorily…”

Yes that’s Mars Saturn but I don’t have much I can add. I really think if Saturn won’t work its end, Mars is going to be incredibly miserable.

“..There is just one more thing that is really confusing me though and I wonder if I could have your opinion on it: do you think this aspect means that the Saturn person doesn’t want to be leapt on by anyone – as it’s just not their thing, or do they just not like the style of the Mars person doing the leaping?“

Eliza, the Saturn person feels old around the Mars person, it really has nothing to do with a style of leap and yes their feeling decrepit is triggered (on in the case of the soldier), exacerbated by the Mars person’s apparent youth.

And while these conditions will constellate with this aspect between the charts, the outcome of this situation is variable. I feel the burden falls to Saturn to be responsible in not thwarting Mars just by the nature of the planets. And if the Saturn person fails here and constantly thwarts Mars, ultimately they will lose Mars and feel older and more decrepit than ever.

In the real life example here, the soldier and I are roughly the same age and met when we were kids. Now he feels he is a “geezer” where I feel I am merely old and it is of no consequence at all. He feels like a geezer, regardless but standing next to me is going to increases these feelings so he’s got some choices.

He either convinces me I am old too even though I don’t feel that way so he is less threatened or he lets my Mars inspire him to be young a little longer. The first option is safer for Saturn. The second option far more challenging but tremendously rewarding.

Lucky for me, the soldier has Mars in aspect to Saturn in his own chart and is conditioned and trained to accept difficult (if not impossible) challenge and so he tells me I can leap for 10 more years which makes Mars happy.

Oh! And to be clear on your specific question, absolutely the Mars person threatens the Saturn person. For example, the soldier has used his body beyond belief. He is full of shrapnel, stiff, has hearing loss from bombs going off next to him, etc.

In contrast being as I am Henry’s granddaughter, I am inordinately spry and bend-y so you can imagine how he might feel standing next to me, especially because we knew each other when we were kids.

So compare that to how he would feel standing next to someone more matronly, reserved and flat-footed. He would be safer but not necessarily happy.

Happy Saturn finds a way to be young when they are old… period.

Get your personalized Compatibility Report here. 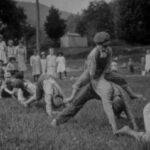 Uranus In Taurus: I’ll Meet You In The Future 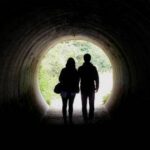 Black Moon Lilith and the Sun in Synastry 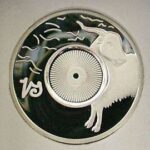