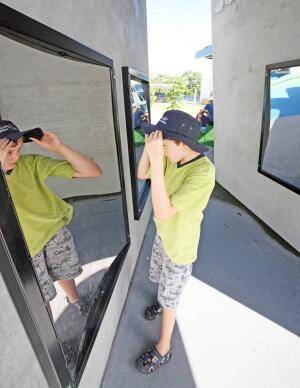 Dissociating is the experience of detaching from reality. This is a new topic for this site which is surprising considering I know so much about it.  It came to mind a couple weeks ago when I realized I could access my feelings from the early 1970’s, in real time.  I’m not talking about having a flashback.  This was more of a cool time-traveler experience.

Specifically, I could feel the crackling in the air; created by the stressed energy of the adults around me, while sitting in a car in a gas line, circa 1973. It’s similar to what we’re dealing with now.  Cold weather snaps plus rising energy costs stresses people. We joke and make memes about the cost of eggs, but underlying that is some degree of terror. I know I’m not the only one to feel this.

This is not new to me. I learned to voluntarily dissociate in my twenties as part of the deep therapy I did at that time. Matter of fact, this is how I can write the exact dialogue in my stories, from thirty years ago. I know the words are correct, because I go right to the scene; get in my body and type the conversation in real time.

If you want to check me on this, read one of my stories – it’s obvious. This why you get swept up. You’re with me there, in real time, witnessing a real event!

I learned to do this, via therapy but the ability is shown in my chart via the Saturn Neptune mashups. Pair that with Mars and Mercury in the 9th house – of course I am going to want to travel through time and other dimensions… to get the story?

I know dissociation is associated with PTSD and generally seen as a negative thing, but clearly it’s not limited to that. I’m your case study, right here. So now, Saturn is headed for Pisces. This will open the door for these types of experiences.

I thought I’d write this, simply because I can and I don’t think anyone else will. Or maybe, it’s because no one else can write it?  Does it interest you?