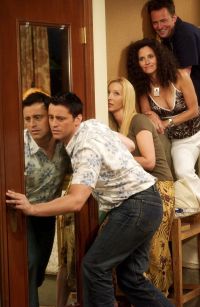 This won’t mean much if you’re new around here but I got into a dialogue with SaDiablo about Scott and more specifically the demise of our friendship. He’s the pianist.

Now I met Scott when I was 15 years old and working in his mother’s bar. (I met the soldier when I was 17). Scott was a boy genius… a prodigy on the piano and we started dating.

Now we got along fabulously but never for long. In fact we could not function in a relationship for more than a couple weeks but this did not stop us from getting into one again and again and again over the course of 17 years! And even if we were not dating we were generally friendly during that time, for example he helped me with that sexual harassment lawsuit I filed that I never mentioned to the soldier. You know. He is off rescuing the hostages in Iran. I am filing a lawsuit that will help set precedent for Anita Hill and the like and no one has a clue.

But anyway, 17 years after we met we did have a fight to beat all fights and did not speak for nearly a decade mostly because I went underground for various reasons and no one could find me. But eventually he did find me and though we never got romantically entangled again, we were close friends and he treated the hell out of the people who read my (old) blog at the time by writing “his side of the story” which was very embarrassing for P, except he doesn’t call me, P, he calls me, Elsie.

So anyway, you think your friendship is pretty secure at this point. We talked almost daily, sometimes multiple times a day because well… Scott and I just like each other but by God if he didn’t go down just as Pluto left my 11th house (You lose your FRIENDS).

How the hell do you lose a friend of 30+ years, hmm? Well it happens and this is what lead me to write when I asked what beliefs (Sagittarius) had bit the dust (Pluto) during the transit of Pluto through Sadge. And what I found out was that just because you know someone for 30 years does not mean you will know them for 31! Trip, eh?