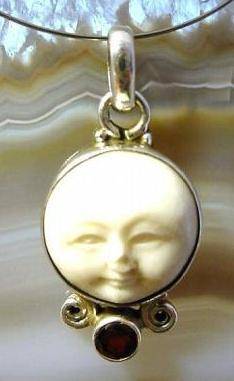 I consider myself a man’s woman and I don’t think many would argue. But I am also a feminist with serious credentials. But this blog is not about me. It’s about I woman I know who fascinates me because she has such little use for men!

She’s a married, heterosexual but her husband is a complete afterthought to her. She’s pretty much disinterested in sex. What she loves is her sisters… which is basically any woman of any age who lives on this planet.

She spends most her life supporting other women by being politically involved and planning or participating in women’s groups or circles. And she is always trying to get me to come to one of these things to which I respond…

“Why would I do that? There are no men there,” I say, and she roars laughing in response.

Because I am a woman and therefore I am her sister who she loves, and it’s fine with her if I am a man-crazy! Because women come in all kinds, shapes, sizes, colors and we are all incredibly beautiful, just ask her.

But the men? Well she thinks they’re lousy and coarse for the most part. They could be something, however they are not, except in the rarest of occasions and for the briefest of moments. I told her once it seemed to me she felt men only existed so the women would have something to talk about (complain about) in their circles and she did not disagree! ::smiles::

So this is how it is and I have known this woman for years. But recently it was really driven home to me how extreme her feelings are when one of the women in on of her circles started screwing her husband. Her reaction?

“I don’t really care that much to tell you the truth,” she said. “If this is what they want to do, then they can go right ahead. I’m not going to stop them. But what bothers me is that one woman would do this to another woman she’s in circle with,” she added.

“And unfortunately our Moon signs are close, so you know what that means.”

‘Well that’s how we decide who sits where. We sit in the order of our Moon signs and ours are close so I have to sit right next to her. And unless someone new joins the circle with a Moon sign in the middle of ours, well, I am going to be sitting next to her for a long time.”

“I can’t imagine,” I said. “I would leave all of them and everything if this happened to me.”

“Well it’s not that hard for me,” she said. “But I would never do this to another woman, anywhere. But to do it to one of my sisters I’m in circle with? It’s unthinkable! I don’t know what’s gotten into her,” she said as if she expects this will work out eventually. “But I sure don’t think she should be doing this to one of sisters, that’s for sure.”

Are you man’s woman? Or a woman’s woman?
How would you react in this woman’s circumstance?