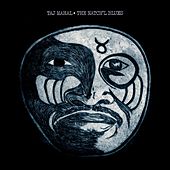 Some months ago, realizing Pluto was about to enter my 12th house, I googled “Pluto transit through the 12th house”and found all this stuff about horrible diseases I was going to die from.  It prompted me to post this blog: Astrology That Scares The Hell Out Of People

I don’t really believe in astrology that scares the hell out of people so I committed at that time to chronicle my experiences during this transit so when people googled it in the future they would have some alternative material and while I haven’t updated since (Pluto is slow) I am surfacing today to let you all know I have not contracted leprosy however I did have a brush with syphilis.  ::smiles::

What happened was some months ago someone left a comment on one of my videos explaining that the indentation on my nose indicated that I had “inherited syphilis” and you should have seen me when I read it.

Is this like the “mark of the beast” a hairdresser told me was upon my forehead because I was not a Jehovah’s Witness?  How do these people know these things, I wondered. Or better yet, how do they think that they know these things?

Long story short, I left the comment in tact. I just couldn’t see depriving others but anyway this is my update.  Pluto is squarely in my 12th house and as Taj Mahal’s Miss Brown would say when asked how she do…

“I’m feeling fine and lookin’ good. How ’bout you?”

If you want to feel happy and here him sing it -> Taj Mahal, click: “Good Morning Miss Brown”