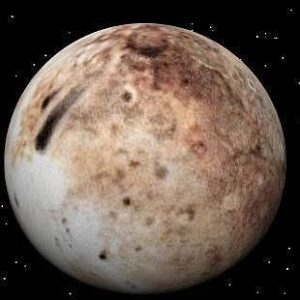 I like to show the side of me that is kind and measured and does the right thing, even when I don’t and I’m acting like an asshole (because it’s for a good reason or whatever). JUST LIKE MOST PEOPLE. Just like I don’t go out in public without pants, I also regulate what I show the world about my inner condition.

But because of that kind of regulation, I also do it when I’m alone. When you’re showing the world a hologram, that hologram can become an ideal you compare yourself to… and come up lacking.

Many of us are taught to do this so early that we’re not entirely acquainted, let alone conversant with our full, genuine self.

You know “The Secret” and the airy-fairy Law of Attraction junk that doesn’t work? The reason it doesn’t work is because we don’t actually know what the real us wants. We are broadcasting mixed signals about what we want.

We could actually attract what we wanted if we got out of our own way and were clear within ourselves. “I want a promotion,” and “I want to punch my boss my boss right in the face,” don’t mix well. “I want to be thin,” is at odds with “Dairy Queen blizzards and cheeseburgers are the only things that make me feel as though I’m loved.”

It’s not that the law of attraction is some magic incantation/wand. It won’t stop a speeding bus or bring a lottery win or make your Pluto transit breezy. It’s not magic. It’s actually only common sense. If you don’t have a bunch of garbage shoved down in your mind and emotional body, that garbage won’t pop up and get in the way of going after self improvement.

So once you realize you actually can control the focus of your mood? Once you get used to it by being airy fairy for a while and choosing not to go running after the same old dog whistle time after time? You can turn around and start looking at the garbage you’re harboring. The bullshit that is really holding you back. No one can damage your calm but you.

Once you stop rising to the bait, letting people push your buttons, you can feel safe enough to actually look behind the curtain and see why those things elicit that reaction. And then you can vomit up that garbage and really sift through it.

It’s going to mean allowing yourself to have ugly reactions when it doesn’t feel good to do it. But the ugly reactions won’t be to another person. They will be in reaction to the things about yourself that don’t feel comfortable… at first. It will be the ugly cry when we explore/talk/write about the bad thing that happened or the bad thing we don’t want to believe about ourselves.

All the things that got stuffed down when it wasn’t okay to express them are stuffed down there in the shadow. When you let them out? Some will go away. But some are part of you and will stay. The bad thing about yourself is still there whether you acknowledge it or not. If you let it out, you can learn to accept it, and it can play on your side instead of working secretly against you!

The great thing about having a therapist is that you don’t have to uncork your garbage in front of someone who isn’t prepared to receive it. But many of us have friends who can receive it. And if you don’t? Blogs are free. Message boards are free. Writing out your garbage is just as freeing.

It’s only garbage because we’ve devalued it and pushed it down/away. What is important to realize is that it is part of us and we need to readdress or reclaim it in some way. It’s like ignoring the green mass in the tupperware at the back of the fridge. Eventually you need to throw out the goo and clean the containers so you can use them.

Pluto in Capricorn is about shadow work. It’s not only about that, but that is one component. Pluto’s retrograde has brought up some ick situations. Pluto is stationary now, just about to move forward. It should be pretty apparent what areas have garbage that needs to be pulled up out of the dark and let go or embraced. Those are the things you’ve been feeling shame over and struggling with all summer, but particularly this week.

This station is a gift. The garbage is a gift because it erupts so it can be addressed. Once addressed it can’t shank you in a dark alley because it walks with you. It becomes the tough guy that protects you instead. And eventually you realize it’s not walking with you, it IS you.

Much of our personal power and authority is comprised of the energies that are often relegated to the shadow. Feel free to reclaim yours. One leg is shadow and one leg is light. Together they carry us with grace and power, but only if unified.