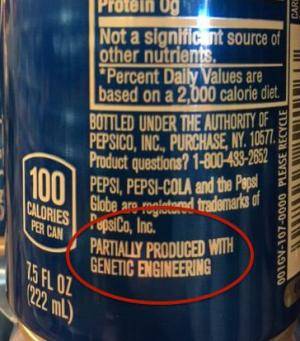 When Pluto went into Capricorn, I wrote extensively about the death of business and the black market, both on the blog and in the forum.  Having a packed 8th house and Capricorn in my chart, this is a hot topic to me. If you’re interested, you can check the Pluto in Capricorn or the Business tag or search the site. I’ve seen this coming for ten years.

Pluto is turning direct in Capricorn. This means we’re heading into new territory. Remember, Paula Deen. She had built an empire and then WHOOSH. Wipeout.

Here’s a poll stating that 44% of people say they will turn off football if the protests against the National Anthem continue. I am linking Breitbart but this is a Yahoo poll.

You may or may not take the story serious or feel that people will follow through, but I’d say this: some of them will follow through. They will turn off the games and punish the sponsors. Sales will drop for everyone involved and this will happen as the cost of everything goes up and people have less money so spend.

Do you really need a six pack of pepsi? Probably not. Certainly not, if you’re broke.

I don’t buy a lot of soda but when I saw the label above with the genetic messing around…well, it changed everything. I highly doubt I ever lay a hand on a can of Pepsi again.

My point is, there’s more than one negative factor, if you’re looking what might affect the bottom line of these companies.

I also wanted to mention my husband’s math. If you’ve been reading here awhile, you probably know he’s highly skilled in this area. He’s predicted the economy would contract to an alarming degree. I’ve always agreed with him. We both think we’ve only seen the tip of the iceberg.

The movie industry is another dying business.  A lot of people feel the movies are recycled junk, but also, I lived in Aurora, Colorado when, James Holmes, murdered my neighbors in the Century 16, the only movie theatre I’d been too in nearly 20 years.  This affects people.

Now you add to that, the random bombings and the younger generation’s familiarity and affinity with the small screens…well, you can see where things are headed.

Cable is dead. Netflix looks good, but they better keep their prices very low, and their content varied. I really think people are done with flipping channels with nothing to see.

This brings me to facebook. The young people are already gone. I guess it’s okay, because older people tend to have more to spend, but for how long?

McDonald’s is in the news for outsourcing jobs. The public will punish them for this.

Again, not everyone will punish them. Some people don’t know and others don’t care, but when your business is already declining, it’s amazing how fast you can go into a death spiral.

That’s what I see ahead. Death spirals, large and small. I can’t believe the arrogance of so many people out there in the public where they can be observed.  If you’re up, I highly recommend you work hard to stay there because if you go down, you may never go up again.

What do you see, with Pluto going deeper into Capricorn?