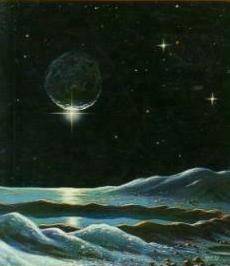 I was going to comment but I realized that rather than being focused on what’s ahead, I’m more aware of what is gone. I’m talking about things (and people) I’ve let go of, or in some cases the people let go of me.

My husband’s taught me a few things over the years. He definitely thinks that “friends” are rare. He’s also remarked that the only people who actually matter, are those who stick with you.

You may want to feel all kinds of things when you dump someone or they dump you, but I believe he’s right.  You’ll find this out, if ever you’re up to your neck in crap, which seems to be a routine thing for me, courtesy my packed 8th house!

Some of you know, my prodigal daughter returned this year. We talk, frequently and one of the things I really love about her is the depth and the breadth of her intellect.  She has five planets in their own signs, including, Mercury, Jupiter and Pluto, so there you go.

She let go of me, twelve years ago. She was a little girl. She was a stupendously intelligent little girl, but she was still  a child.

She regrets this now and always will. It’s sort of like when my husband and I failed to marry when we were teenagers.  We lost twenty years we could have spent together.  To be clear, there is no positive spin for either of these situations. Ask the people involved!

Lately we’ve been talking in depth about the time period when we became separated.  There was a serious of events that fell like dominoes – the result was catastrophic. Like this:

How To Interrupt A Chain Of Events, Leading To Catastrophe

If clarity is the goal, this is a good way to view something like this. You can truly see if the tragedy could have been prevented at any point.

As my daughter and I ran through the timeline, I was surprised when I realized that the last chance to stop disrupt the chain of events occurred very early on, in the scheme of things.  Matter of fact, it might have been the first, last and only chance to stop the bad thing that had been initiated.

Outside of my daughter (who was a child), there was only one person, positioned to stop the sequence, set in motion. I begged this woman to help me. She was a friend of mine, and she said, “no”. I was floored.

“I never talked to her again,” I explained to my daughter.  “That was our last conversation.  As far as I can tell she was the only person who might have changed the outcome but she refused.”

This time period feels similar to that time period, though it’s not as painful. It’s not as painful because I’ve come to deeply understand what my husband has said, over the years.  Most people aren’t going to be there when you need them. If you do have someone in your life, who shows up even if it costs them, then you’ve got a real friend.

If you lose someone who won’t show up, well it’s best you find out before the time comes when you do need them.

There’s another thing to mention here, it comes from Catholicism.  It’s not just what you did, but what you failed to do.

Pluto turned direct this week.  Today, I look at what’s been lost or left behind. I look at who has rejected my advances or ignored my pleas for help or whatever.  I pretty sure it’s all final at this point. Fini.

Have you recently separated from someone or something?