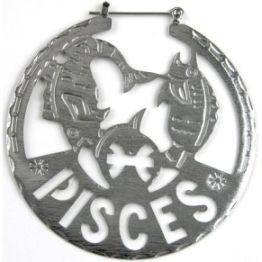 I seem to be a Scorpio magnet these days. Any idea why? I used to be a Virgo magnet but I haven’t dated one of those since the Scorpios took over a couple years ago. I had never dated a Scorpio until July 2005 and now they’re everywhere! What’s with that?

Generally speaking, Pisces is Scorpio bait and you see the signs paired all the time. But anytime you draw a preponderance of one Sun sign into your life in a batch like this, it is because you are lacking whatever that sign has. In the case of Scorpio, this means power.

Now others may argue, but personally I don’t think you can tango with Scorpio in any way without uncovering resources you did not know you had. And this takes many forms. Because one way or the other, Scorpio is going to get into you. Be it via sex, psychological technique, or various other magics they have at their disposal, you are going to be accessed.

And this may be very pleasant or not – but either way when it is all said and done, you will have more power than you did prior to meeting them. And this is not to say the progress will be free, cheap or easy though it may be.

I have had life long relationships with Scorpio and never been hurt at all. I have also been sliced, diced, and fried by Scorpio and you know what? Same result. I found my power.

It’s just that some Scorpios empower others. They may offer their keen insight for example, allowing you to progress. Other Scorpios take a person’s power and this may not be pleasant. But it is equally effective in that the guy on the ropes is ultimately forced to locate strength and energy they didn’t know they had, just to get away.

So that’s your answer. These Scorpios are around to hook you up with your (internal) power.