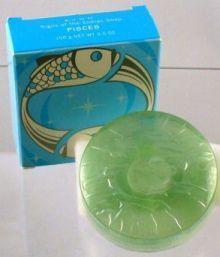 For a little over a year, I have been having a relationship with a married man with three kids. His wife is an alcoholic and although even though he will admit this, he seems to be in denial about it. He says he is not in love with her anymore but he doesn’t want to put his kids through more drama.

He is a good person. He is obviously very conflicted about our relationship, as am I. I believe I love him and that he loves me. But how can you love someone you don’t know… and how can you know someone if your relationship never moves forward? I just don’t know what to do.

He has never made promises or even suggestions that he will leave her and I don’t think he will. But I wish he would. I want him to love me more. I know that sounds pathetic and desperate.

He is more caring and thoughtful than anyone else I have been with. I just don’t know what to do anymore. I think I should end things but I just can’t bring myself to do it. Am I crazy to keep hanging on? I feel like if I wasn’t meant to be with him, then I would meet the guy I am meant to be with and I would know it was time to end it.

I would not say you are crazy for hanging on. It’s just something you are doing. However, when it comes to the idea that this guy is going to love you more, or that another man is going to show up (on a white horse) to save you from yourself, you are definitely deluding yourself.

I am pretty sure this guy is giving you everything he is ever going to give you and I am pretty sure you know this. So I would have to say the relationship is working for you on some level and your chart supports this. Let’s see…

Your Venus in Pisces gets to pine. Uranus is involved so you are in a relationship, yet strangely free. Pluto is involved as well, and this is where the taboo come in. You are screwing someone else’s husband, right?

So there you go. The reason you can’t end it is because you are it! And if you want to be something different, you are going to have to fight. Until and unless that happens, this is where you are and I imagine this is where you’ll stay.