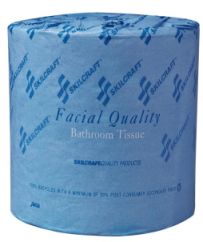 “Oh, do I know someone like this? OUI. My boyfriend’s ex-girlfriend is president of the fencing club. It is unbelievable how she can be cutting, rude, spiteful, and not understand how her actions affect the people around her. She is a Cancer sun with a Pisces moon, a Venus in Gemini and a Merc in Leo, a combination of energies which I have noticed can lead to bullying…”

Shaina, I get it. There are people who are supposed to be compassionate but are anything but and this reminds me of a story. I once knew this gal, she was a triple Pisces and she was a friend of mine. She worked in the healing arts and she was enormously kind and helpful to me. She was kind and helpful to all kinds of people, however she treated her boyfriend terribly.

Now her boyfriend was an extremely nice man who treated her like a queen. They were both kind, they’d been together awhile but when he wasn’t around she’d tell me stories.  The first one I recall… well this poor bastard had gone to the grocery store to get her some toilet paper and come back with 1-ply. “1-ply! Is he an idiot? How stupid can he be?”

She went on to tell me how she beat this guy up for 40 minutes over his incredible phenomenal stupidity. She was quite sure it was not possible to be any dumber that her dumb ass boyfriend.  I stood there and listened to her feeling befuddled. 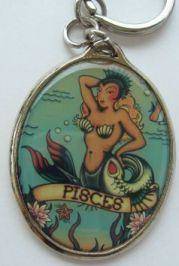 End of her rant, I questioned her. I had to. She was a friend of mine and I don’t hide the type of emotions I was having from my friends.

“Don’t you think you might have overreacted?” I asked. “Jeez man. The guy isn’t used to shopping. He went in and grabbed the first thing he saw, comes home and it’s world war III. I can’t believe you berated him like that. Would you have done that to me? If you did, I’d tell you to kiss my ass!”

Well she started crying. Crying hard. And she completely got it. She said she considered herself a compassionate person and she specifically said this was true to the extreme. “Elsa, I can forgive and feel compassion for a child molester on death row,” she said. ‘And then look what I do. I go crazy over toilet paper….”

So that was that, except she did not quit. She continued to come to my house and tell me how lousy her man was… how stupid and lowly he was. The guy was just a fuck-up is all. He was a piece of crap, he was a simpleton where she? Well she was a Pisces of course!  A glorious Pisces!

Being me, I gently tried to tell her I thought was going on, again. Gently because if I see you get something once and then go into denial, I know that another thump on the head is not going to do it. And though I was becoming sickened by how she treated this guy, once committed I try very hard to hang in with my friends. Very hard. But then came the last time..

It was Christmas and like I said, this gal had all kinds of friends. She was enormously popular and she came by to tell me that her Christmas tree was overflowing with gifts from all the people who love her. Family, friends. They are all so generous. 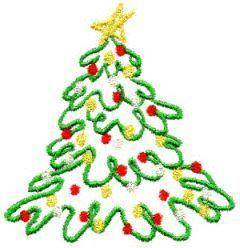 “Yeah. I have at least 20 presents,” she said gleefully. I will probably have 30 by the time Christmas comes. It’s only December 15th! I may even have 40 or 50 presents the way it’s going, but Kevin (her boyfriend)? He doesn’t have much. All he’s getting is the two things I got for him.

“Yeah, he doesn’t have friends like I do and he comes from a broken family. He has no family. They don’t love him so that’s it. All he gets is what I give him and he’s lucky to get that. If it wasn’t for me he wouldn’t get anything for Christmas!” she said brightly.

“Whaaaaat? You’re going to sit in front of your boyfriend and open 30 or 50 presents from your friends and family while he does what? Watches you?”

“Well yeah. I have people who love me. He doesn’t so…”

I never saw her again. I specifically told her there was no way I could look her in the face considering how she treated this guy. “I just can’t stomach it,” I said. She was stunned.

This was about 14 years ago. This gal had the Pluto Uranus conjunction in Virgo on the 7th house cusp opposite her Sun and Moon, Rising in Pisces and she stands to this day as the most stunning example of a projected shadow I have ever come across.