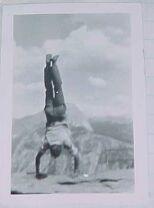 I’ve been writing publicly for thirteen years.  Periodically, someone writes me to tell me how bad I have become. I used to be good, but now I am bad. I am a shadow of my former self.

Invariably they tell me what a shame this is. I was up so high on a pedestal, and I am now down so low.  They think it’s sad. They think I am sad.

This stuff would kill me if I internalized it.  Can you imagine?  Get up and try every day, for all these years, just to be told how disappointing you…to the entire world, apparently.   It’s mind-boggling when you think about it.  People want me to feel bad about myself, but why?  I have a new theory.

Recently I was talking to my son. I’m pretty sure he felt bad about himself at the end of our conversation. I felt bad too, but my husband said it’s what you have to do when you’re a parent. You have to guide your kids and this includes telling them when they are screwing up.

It’s difficult. It’s painful. Like most parents, I want my son to do great and be great with no bumps in the road whatsoever. I want everything to be done magically.  So what about these people who write me?

It occurred to me that they may be frustrated parents…or non-parents.  Do they have me mixed up with a person, like a child, who would actually be in their charge?  Have they cast themselves as the authority, a person in a position to judge? I don’t see them as such. This is why they’re ineffective.

When you parent, it’s important you don’t punish your kid for something you do yourself. You have to set a positive example before you can complain about their performance.

I can’t talk to my son about having a work ethic, if I don’t work myself. I can’t tell him not to lie, when I do nothing but lie myself.

It’s the positive example that establishes the parent’s authority. So when a person comes around to tell me how poor I am and how sad I am and how lousy I am, when they’ve got no blog of their own, it means very little. And it may be that these people have no children or that they have problems with their parenting. Could I be standing in while they work out their angst?

Saturn Neptune, baybee.  The authority is imagined. You imagine you can stand on high and look down at a person, but in reality, you’re on the ground, apparently having forgot to climb the mountain that’s right there, with your name on it.

I may have problems, but this isn’t one of them. Most likely because I had a (grand)parent who told me when there was a mountain with my name  on it, I best get up that hill.

I tell my son that same thing today. But I also tell him, he’ll soon be at an age where my opinion is irrelevant. He’ll have to come up with his own motivation, because this parenting act is coming to an end.

I can’t imagine calling up my son when he’s 25 and telling him he’s a loser, never mind, contacting a stranger to dress them down.  I’m thinking now, this must be a Saturn problem.

Why drives an adult to try to make another adult feel bad about themselves?