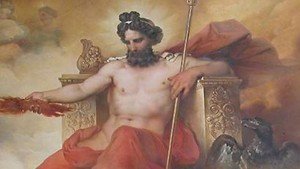 I’m adjusting to small town living and number of levels. There’s been so much going on, this is not a focus for me.  But sometimes it hits.

For example, the other day the husband was standing on the highway, wearing black pajama shorts, a t-shirt, white socks and no shoes. He also had a dog collar sticking out of the back of his shorts. He was down there to wave in visitor who’d gotten lost coming out to visit.

This house has been for sale for almost three years. Sign after sign after sign out front. Now someone bought it – people want to know who. So I thought this was funny.

I have no doubt people drove by, saw my husband and called someone on their cell phone, to file a report.  And the family that owned this house is well known in the area.  We bought the ____’s old house…and no one can pronounce our last name.

My name is, Elsa, but I don’t look like her at all.  I can see the confusion on the faces of the little girls who’ve heard, “Elsa is coming over.” I’m not too Ice Princess-y.

I don’t think about it, but then my next door neighbor says he works one of the local stores in a nearby town. And frankly, I don’t think I’d recognize him if I saw him in the store.  He’d be out of place, see? But I’m the flashing-neon newcomer.   So there’s lots of room for error.

I was talking to my neighbor. He knows this house well, seeing as his brother built it.

“We love the house,” I said. “We’re both in shock, though.  See, my husband and I – neither one of us has ever had anything nice, ever. We’ve not had even one nice thing, in all our lives. I don’t know why. We’ve both worked since we were teenagers, but we’ve just never had anything nice before. Now we have this house so you can imagine, we’re pretty stunned. We can hardly believe this has happened.”

The guy just stared at me.

“I turned on the lights in the kitchen. I’d never seen the house at night. It was so beautiful. The lighting is beautiful, like nothing I’ve ever seen in my life.”

It really doesn’t matter what I say or do. I don’t think you count around here ’till you’ve been ’round a couple hundred years.

The other day I read of someone running off the highway, nearly killed.  Man had the same name as the man who owned this house, and his brother, our neighbor.

“I didn’t hear of no wreck. What’s the first name?” he asked.

I answered. “He related to you?”

My husband says when they tell him they’ve been living here 300 years, he’s going to tell them, “You look it.”