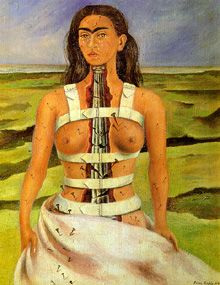 I’ve said it many times, I lack perspective and go begging for it often.  Last night I was trying to get my husband’s view on something which can be difficult at times. It’s not that he’s not forthcoming. With Jupiter in Sagittarius, he will pontificate until you beg for mercy but he doesn’t always understand the question.

His Saturn in hard aspect to my Mercury makes communication difficult at times. In his vernacular he’d say I am an abstract thinker where he is logical and the two minds don’t always marry well.

I was trying to get his view on the affinity of our life experience, assuming he felt it existed which is a big if. I am not sure we have commonality. For example, he’s been around the world a few times where I have traveled very little in comparison. He lived with privilege for at least part of his young life where I am squarely from the other side of the tracks.

In whatever case, he said he did not think he could be interested in someone who had never suffered and/or didn’t know anything about it.  He’d not want to find himself in dire straits and be stuck with someone who had no idea how to operate when things go to shit.

I thought this was interesting. Doesn’t matter how you qualify, only that you do.

What gives you affinity with another?