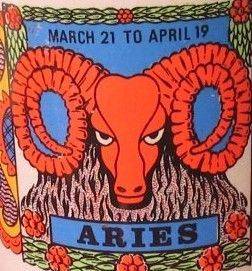 I’m in my last year of university, but I feel it’s hard to move forward to what is next in my life. Ever since I’ve been 15, my sex drive has been non-existent. I remember it was very strong for a bit, but I felt very guilty about it and the feelings I was experiencing. Some of them were unacceptable to me – so much so that it gave me tremendous grief.

One day I just stopped feeling the drives though, and since then I have been going through life without them. I have OCD symptoms, but I do have Scorpio and Pluto prominent in my chart which could just be me wrestling with my subconscious and with my ego. I want to move forward in life in regards to relationships, but doctors and counselors seem to have few ideas. I’m also tremendously sensitive and have a Piscean like compassion for others, even strangers, and I’m not vindictive or aggressive like a typical Scorpio. Could this be me being out of touch with my mars energy (sex drive)?

Any insight would be greatly appreciated!

Your question doesn’t really fit the format of my blog as it’s akin to a personal reading. Further, your issues are obviously complex and probably not well suited to being addressed on advice blog.

However I am going to answer your question anyway, because I feel for you and because your chart strongly interacts with mine and leads me to think I may be able to help you which I think you strongly deserve. So I’m just going to talk straight and my editor can look the other way for a day.

On the thwarted Mars energy, my position on this is very clear. Repress your sex and anger (Mars) at your own peril and in your case this is especially the case. For one, you’re a Scorpio rising, so Mars rules the chart. Nothing is more important to you than Mars! And the rising is your physical body, so when you fail to express your Mars, your body is getting jacked beyond belief.

Now consider your Mars is in Aries which obviously want to go, Go, GO and further, it is conjunct both Venus and Mercury… opposite Pluto and I have to say this is one hell of a motherfucker you are trying to suppress. And how do you think this is going to play?

It’s going to play where it sits, in the 6th house, for good or ill.

Use your Mars = excellent health. Repress your Mars and you’ll see it turn inward and eat you alive.

What do you think Obsessive Compulsive Disorder is? It’s 6th house (daily routine / the mind / Virgo stuff) run amok! Helllllo! You need to fuck! You need to fuck and fight and be heroic and you need to do this every day just to maintain your health. So let’s talk about what happened when you were 15.

15 is puberty, you know. That means there is a flood of hormones. And have you looked at the astrology back then? I did. And Uranus (experimentation) was squaring all that Mars mess in Aries. Comprendo? So apparently when those dogs got out, they went so crazy they scared the hell out of you – so let’s address that.

First, if this is something as simple as homosexuality, well for Godsakes get over it. You have plenty of company. There are legions of homosexuals out there who will be happy to have you join them, and if it’s otherwise?

So what? At fifteen years old, you think you’re the first person who ever thought of it. Well take it from a fellow Mars Mercury, okay? You’re not! And some of this taboo stuff… try it once. Face your big fear about it and what you find out is it’s not that compelling after all. You get it out of your system!

So here’s my theory:

You’re innately very sexual but there are still periods where things will flare. Like during a Uranus transit, obviously. Uranus wants to break rules! So unfortunately you encountered one of these times in conjunction with puberty which was akin to a “perfect storm” and you became overwhelmed.

And being sensitive somewhat puritan with your 6th house, you nixed this whole deal and you are now suffering OCD due the stress of repression with more ailments on the horizon, no doubt if you do opt to own this energy.

So there you go. And PS, not all Scorpios are aggressive and vindictive.