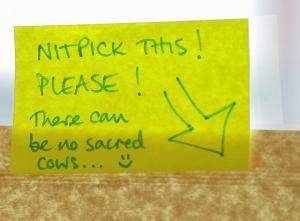 Virgo is famous for nitpicking. If there is a flaw or mistake anywhere in their orbit, their sharp minds can’t help but notice. This is textbook astrology. But I think this is a Mercury function in general, showing up especially in the signs of Mercury’s dignity or exaltation. That would be Gemini, Virgo, and Aquarius.

While this may not be immediately evident, try watching TV with anyone heavy in these signs and you’ll see what I mean. For them, critiquing the show, finding plot holes and mistakes, is a time-honored tradition. And it doesn’t mean that they dislike whatever entertainment they’re consuming! Quite the opposite! Their minds are so active that they simply can’t help it. In fact, if they’re nitpicking, they probably love it. It is their way of engaging with the content, however irritating it is to other people. 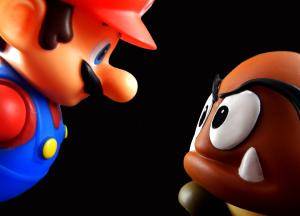 Your soul is MINE, Goomba

Having a Gemini Moon myself, I am frequently guilty of this, much to my partner’s frustration. My favorite example is a few years ago, when he was playing a new Super Mario game. In the game, Mario, in all his cartoonish glory, is navigating a world of relatively realistic-looking humans, and is able to jump into their bodies to control them. The conversation went a little like this:

“Oh wow. If this is what normal people look like, Mario has problems.”

“Why is no one reacting to a living cartoon just walking around Tokyo? Do they just think he’s a mascot?”

“Oh my god, is he possessing people?”

“How does that even work? Does he just tell their soul ‘Move over, I’m driving,’?”

“Can people see him? Can they see him possessing people? Do they care? WHY DOES NO ONE STOP HIM?”

I know, I know. I feel for him, I really do! I can easily see how annoying it is. But it is also a real, genuine expression of my soul, and it is not meant to take away his enjoyment. To the contrary – I’m actually trying to share it with him. I’m trying to show that I’m engaged.

So the next time a Mercury-heavy person in your life starts pointing out that your favorite sitcom character has been pregnant for over a year, or that or that Raiders of the Lost Ark would have ended the same whether or not Indiana Jones ever showed up, try not to pull your hair out. They’re just trying to be part of things.

Do you do this? What about people in your life? Where is your Mercury?