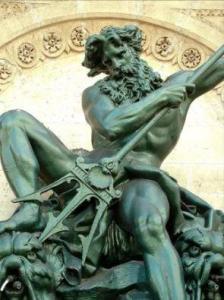 When Neptune crossed my ascendant, I was in such a fog I found myself driving the wrong way on a one-way street.  This may not seem remarkable until you consider it was the street I lived on. I simply pulled out on my own street, having turned in the wrong direction.

People thought I was drunk back then, though I never was. I would explain, I pretty much a non-drinker.  Does a drink every couple of months count? People did not believe me and I could see why! I was freakin’ spaced out!

The fog was so thick, I could not discern my direction in life. I also had no clue the speed at which I was traveling. If was if I were hurtling down the highway with no visible signs or telephone poles to mark my progress in the right or the wrong direction.

When a planet crossed the ascendant, it affects all the Cardinal houses in a chart. Who am I? Who’s my family? Who is my partner? What’s my job or public position in life?  All of these things were obscured from everyone, including myself!

It takes 164 years for Neptune to transit the zodiac which means you may not have this transit in your life time.

Has transiting Neptune ever crossed your ascendant? How did it go?