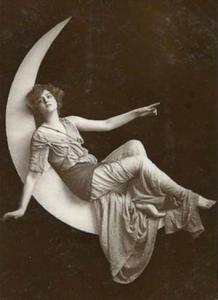 In practice, I favor the natal chart, though I use Progressed and return charts as well. I allow the situation to guide me around which chart might provide insight. I always start with the natal but if the answer is not there or if I want more detail or other information, I look for it in auxiliary charts.

As an example, recently I started cooking and baking like a bat out of hell. Now I like to bake and cook and I’m talking about cooking and baking most all day long, and further I was giving the food away.  At some point, this flurry of cooking and generosity expanded to such a degree, I thought I should figure it out.

It’s not like I was manic or something but I was really producing, day after day after day. I was also harvesting veggies from my garden and fruit from trees and delivering it to various people and families… this is nuts, right?  So I considered my transits and there was nothing to explain it. Does Pluto conjunct your ascendant do this? No!

I checked my current Lunar Return chart first and there is was. Jupiter in Aries in the 4th house. Mission to feed and nurture people. I certainly had the energy to do all this. I was driven!

I was relieved when I saw the chart because I knew it would go on for another week or so but there was an end in sight.

Then yesterday, a gal called me about an issue with her house. Moon, right? And it happened to be the day of her Lunar Return…

As always, I printed her natal chart but based on these other things, I suspected her Lunar Return chart(s) might be helpful. She was feeling (moon/lunar) something. This is what prompted her to contact me; could it be the energy of the new Lunar Return coming in?

As it turned out, the return charts were very helpful. Moon in Scorpio filled in to create a Fixed Grand Cross yesterday.  Angst from some quarter would be expected.

Because it was a house involved, I figured the upcoming Lunar Return might provide information. My hunch was right.

Think about it. Scorpio moon ’round 18-24 degrees.  Saturn and Uranus are going to mess with those degrees into November.  You can see this by the natal chart but the Lunar Return charts really flesh things out; it’s a great support to get through a trying time.

I’m posting this as an example of how I branch out, depending on what and who I am working with.

Do you use auxiliary charts? Which charts do you prefer? Do you have a method in this regard?